If you’re an indie app or game developer, it sometimes is a tough life out there in the Google Play world, with the millions of apps that are available. You can get drowned out by all the noise if you don’t have the machinery, even if your product is pretty awesome. So when Google starts a contest and you think your game is good enough, you don’t throw away your shot. Last year, they launched the Google Play Indie Games Contest for developers from 15 countries, and now they have announced the 20 finalists and what’s in store for them.

Google says there were almost 1000 entries from the 15 European countries where they had call for entries. As expected, since we know there are a lot of great indie game makers out there, a lot of different genres were represented. But as with a lot of things, there can only be 20. Most of them are already available in the Google Play Store now, except for around 5 games, so you can check out if they’re deserving to be a finalist.

If you’re in London, you’ll be able to check them out in person as all 20 games will be showcased at the Saatchi Gallery on February 16. They will also get a free billboard in London to promote the game and this will last fora month. All the finalists will also get two tickets to a Playtime event, private occasion for all the top apps and game developers on the Google Play Store. Oh, and they’re also throwing in a Pixel XL smartphone for all the finalists.

At the London event, those who will be going and trying the games out will have a say which of the 20 finalists will get the chance to present their game to a jury made up of industry experts. Only 10 games will make it to the panel round. There are also additional prizes that they can win like premium placements on Google Play, YouTube influencer campaigns, tickets to Google I/O 2017, etc. 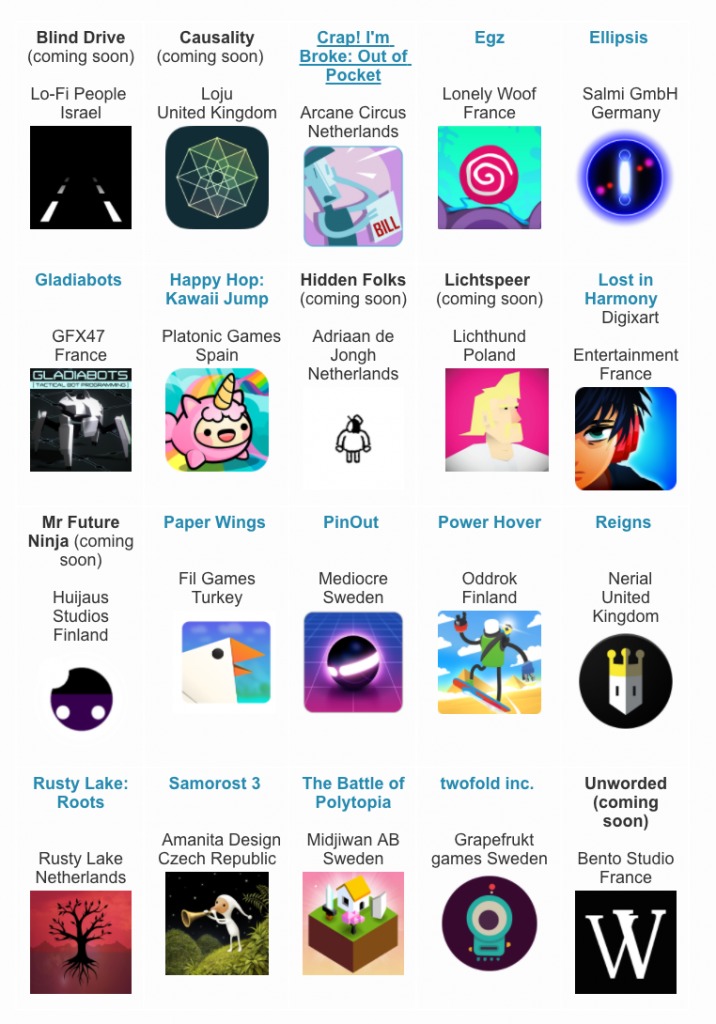