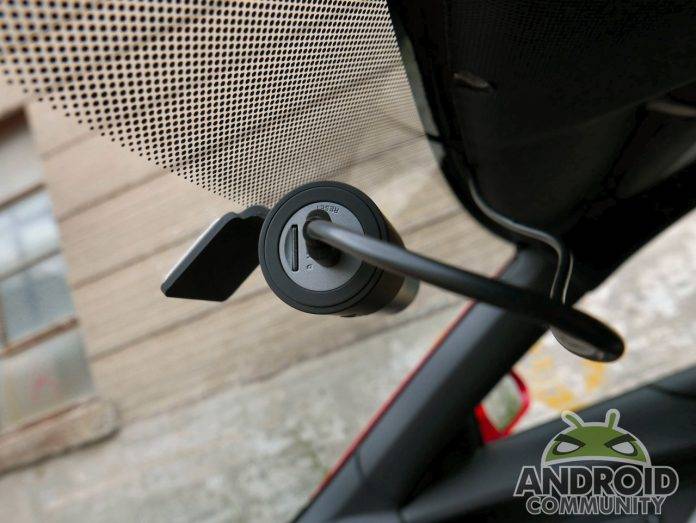 If you’ve ever experienced a frustrating moment in traffic and thought ‘if only I could share a video of the crazy stunt I just saw in front of me with all of my friends,’ well, the Goluk T1 Dash Cam is for you. More than just a video camera for capturing the world through your windshield and documenting incidents for insurance purposes, the Goluk T1 is linked to an online community of other camera owners who want to be able to share their driving exploits with others.

The only problem is, to link its dash cam users to its video-sharing service Goluk has had take a somewhat unusual technological path. It’s one that makes the T1 camera a bit more complicated than it needs to be, and one that might freeze out some buyers depending on which mobile phone they happen to own.

The camera itself is easy to install, and while it’s not the smallest dash cam on the market it fits well behind a vehicle’s rearview mirror and isn’t a distraction while you are driving. More challenging is the need to run the camera’s power cable to the provided USB / 12-volt adaptor, as there’s no battery functionality with the unit. This means that you don’t have to worry about the camera running out of juice at a critical moment – and the USB adaptor automatically turns power on and off when the car is running – but it does require you to stuff the cabling behind your headliner and side trim, and then somehow run it to wherever you’ve plugged in. On some vehicles, this won’t be much of an issue, but on others, it could be a headache.

Once in place, video from the camera is good day and night, and in particular the 152 degree field of vision in the dark is wide enough that it won’t be blocked out by glare from headlights or streetlights (providing you install the camera at the top of your windshield as intended). The stream offers a resolution of 1080p at 30 frames per second pulled from a 2 megapixel Aptina CMOS sensor. You get a timecode on the video, as well as a ‘Goluk’ watermark at the top, which is somewhat annoying considering that you paid for the device and should be able to enjoy video without having to deal with branding. You’ll need a micoSD card to record, with clips sliced into three-minute increments on a continuous basis.

Recording is automatic as soon as you start the car, and the camera also offers features such as motion detection (to snag a shot of anyone who might walk in front of the vehicle while parked), a distance notification if you are following the vehicle ahead of you too closely, and a warning if the car detects emergency stops. The latter comes in the form of an annoying beep that occurs every single time you brake, something I had to shut down to preserve my sanity out on the road. 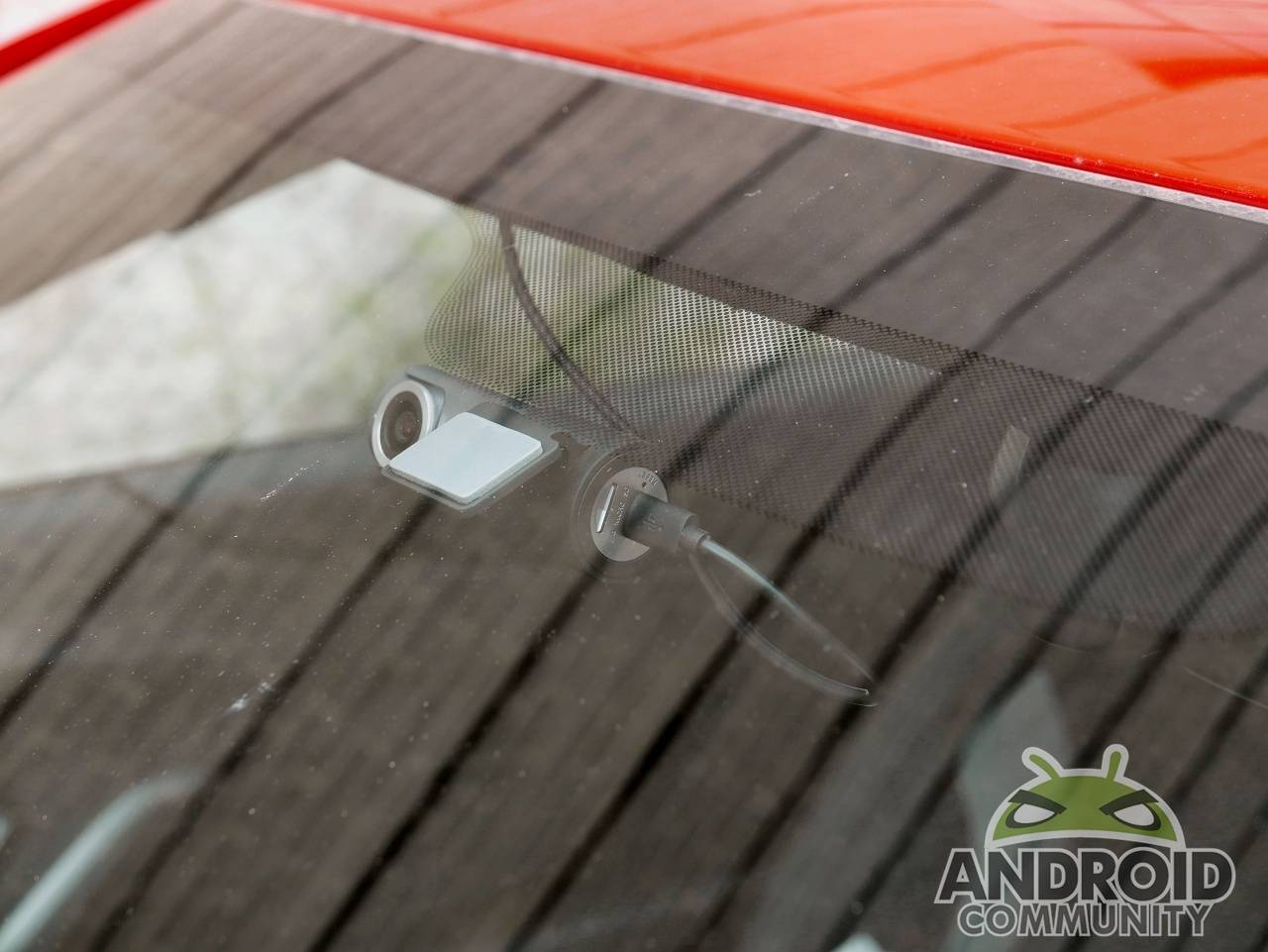 The camera uses basic voice prompts (which you can also disable) and doesn’t require integration with your mobile device to function normally as a dash cam. If you’re interested in the Goluk online video sharing community, however, you’re going to have to pair the camera with a phone – and here’s where the fun begins.

The Goluk T1 connects to your mobile device using a Wi-Fi network. If you own an iPhone, the process is simple – but if you are an Android user like me, things get quite complicated. First, you have to connect to the camera’s Wi-Fi network to begin the pairing process. Once you’ve fiddled with the necessary settings, your phone must then turn on its own hotspot so that the camera can connect to it – essentially reversing the connection. Unfortunately, this only works if your phone happens to be compatible with the T1, which Goluk admits it might not be. 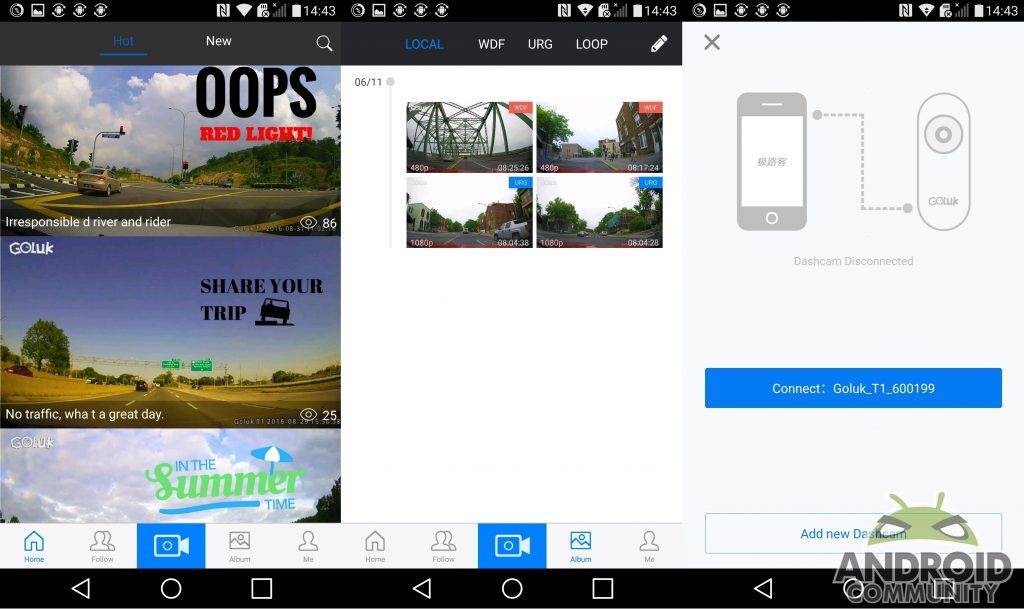 My Nexus 5X? Sorry, but no, which is frustrating considering that it’s a pure Android phone. I was able to connect with my LG G5. Buyer beware: check online with other Goluk users first before buying the camera only to find out the wireless functionality doesn’t work. Recent firmware updates have improved connectivity for Android users since I first tested the camera, but it’s still hit or miss in terms of how you are able to link up.

Once connected, the Goluk app allows you to share videos with the community by using a wireless button that you can stick anywhere in your car. Once pushed, that button – called the MagicKey – sends 12 seconds of video automatically to the app, which saves it on your phone and lets you upload it. 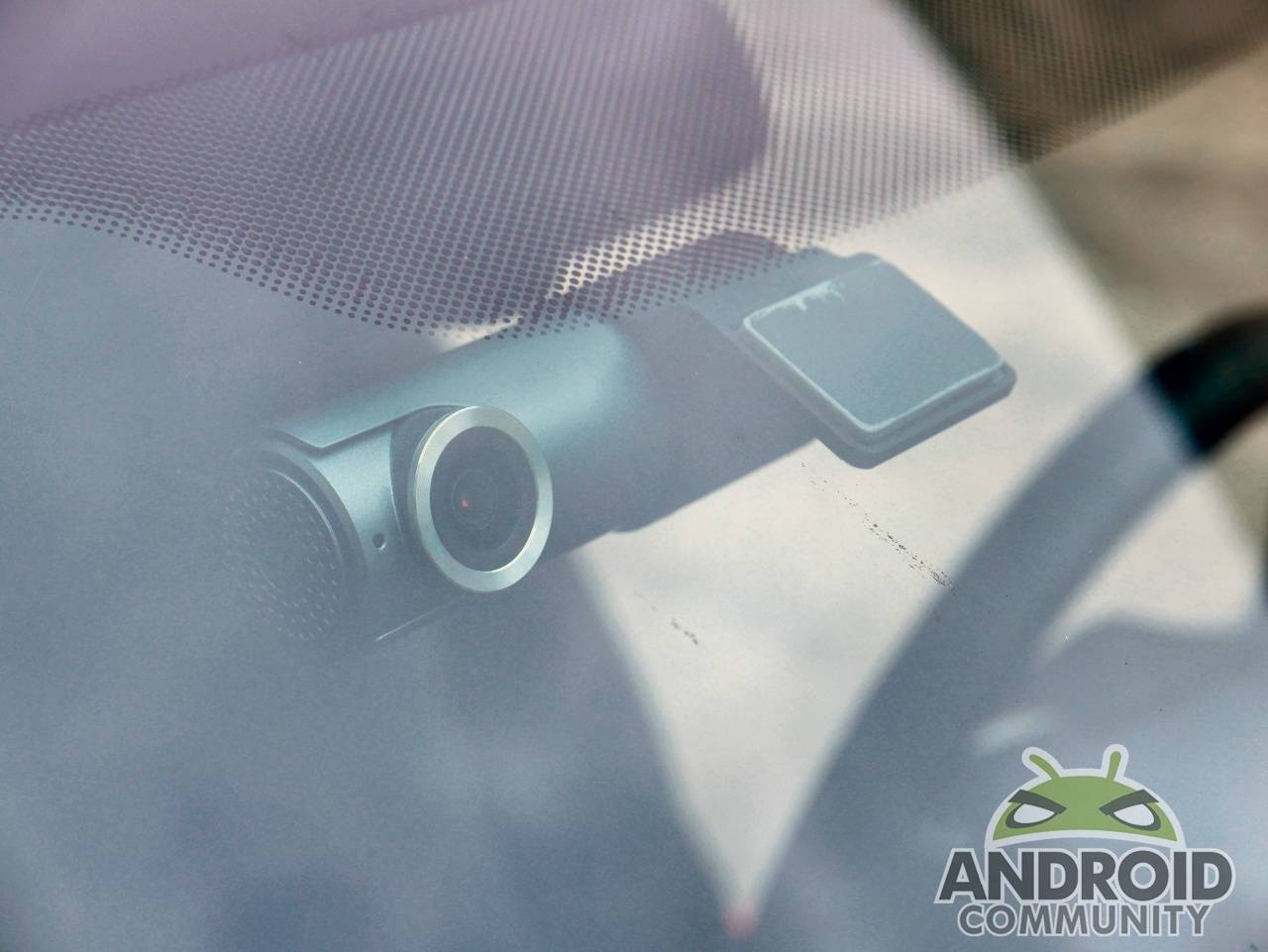 12 seconds. That’s all you get. Think of it as the Instagram of dash cams and you’ve got a pretty good idea of what the online community is like. You’d better be pretty quick on the trigger, too, to upload anything interesting, as that’s a very short window to take advantage of while driving. The app allows for sharing of video to other platforms, and you can always pull the microSD card and do whatever you want with the video later on if you’ve recorded something that’s interesting for longer than 12 seconds (and you can buy docking kits and tripods for the Goluk T1 if you’d like to take your directing skills outside of your vehicle).

As a dash cam, the Goluk T1 is attractively priced at $129.99, and most people will be happy with the quality of the video that it provides. As an online community, I’m not sure many people will be interested in getting too involved with the short clip sharing model that Goluk is promoting, especially considering how random most of the videos shared on the platform seemed while I was browsing through it. It’s certainly a unique take on getting people interested in a dash cam, and if the videos were longer and the setup process not so frustrating, it might have a better chance at success.