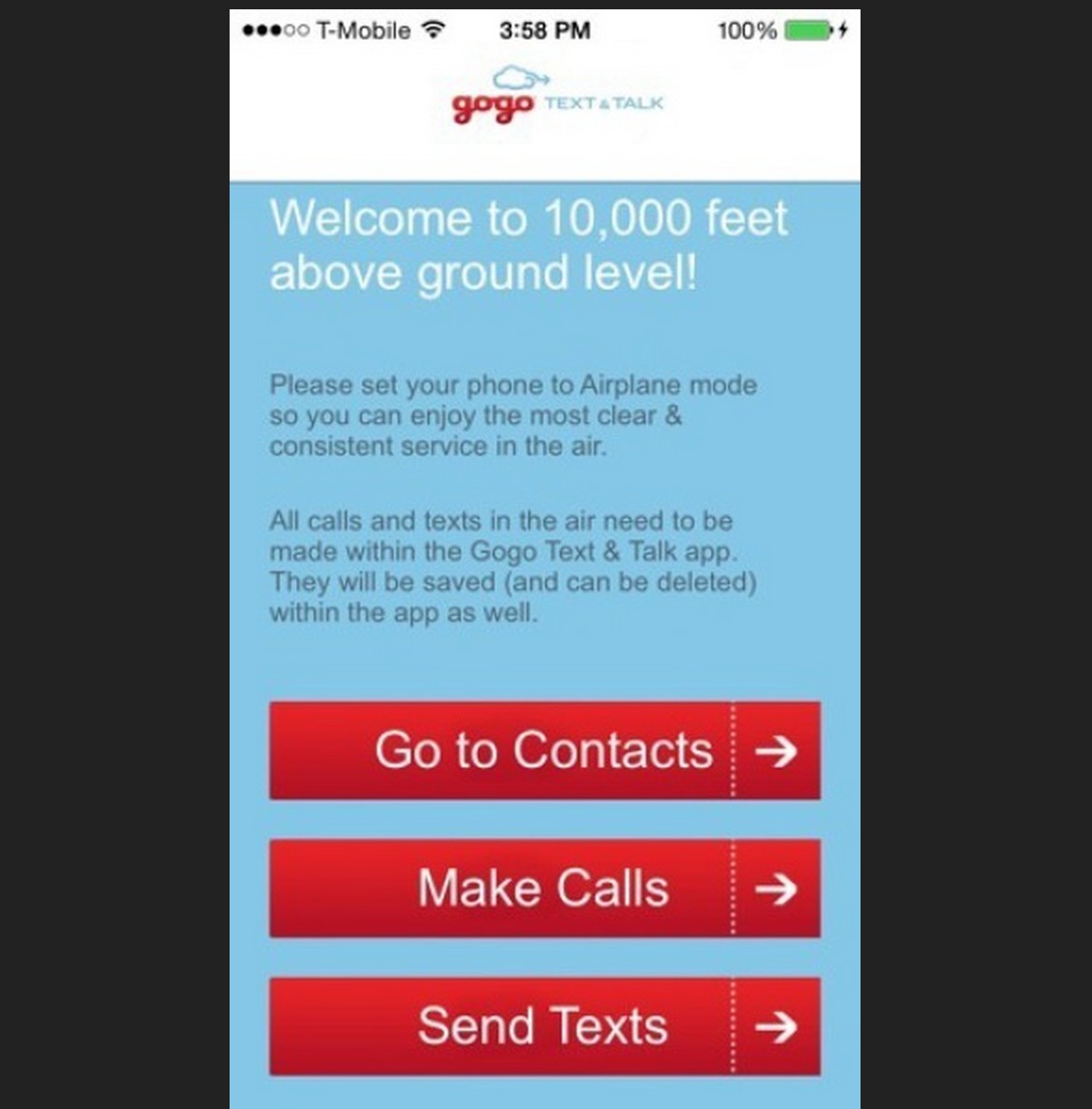 While letting people know your location in real-time is handy, the ability to call and text during a flight would be useful. That’s exactly what GoGo is trying to do, too. In an attempt to make their in-flight wireless service appear necessary rather than kitsch, GoGo is working out a way to let us communicate with those on the ground, or in different spots on the plane, or… other planes, maybe?

The in-flight WiFi service has long been the bane of power users, though it can be tempered with the realization that you’re on a plane. Dana Wollman from Engadget had the chance to test the service, and reports it’s still a little iffy. Calls were not always clear, and often one-sided (they could hear Dana, but Dana couldn’t hear them). Texting was simple and easy to use, but it was GoGo’s test plane, so we’re not ready to call it indicative of what we’d see.

The test was a bit canned, as it was noted GoGo provided devices that had “already been set up” for the service after Wollman had issues connecting a few of her own. The service also requires a GoGo app, which will have to be set-up prior to takeoff. Basically, GoGo needs to verify you are a paid, current member of a participating carrier, of which there are 200 worldwide.

It should be noted that the entire test was structured, with GoGo suggesting only two people call at a time. That’s representative of their slow network, as was the call quality Wollman experienced (she had to concentrate to hear most times, and those on the ground had to yell into their receiver). For what it’s worth, it’s an awesome advancement, but like all things GoGo… it needs work.