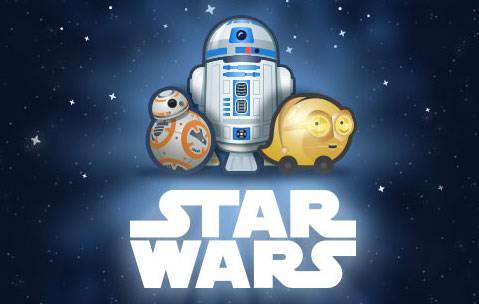 With less than a month to go for the new Star Wars film to finally hit the screen, expect the frenzy to get even, well, frenzied. Toys, games, movie tie-ins will all be flooding your timelines and your stores, and apps are no exemption. Google has been adding a few touches here and there, and now, one of their apps joins the Rebel/Imperial party. You can now use C-3PO’s voice to guide you as you drive using the Waze app.

The description says that it is “fluent in over six million forms of communication” and allows the lovable robot from the much beloved film series be your navigation companion as you use Waze to go around a familiar or unfamiliar route. But aside from his voice, you can also add several content, including tiefighters, lightsabers, and storm troopers scattered all around the app.

And where C-3PO is, you’ll of course find R2D2 and new fan favorite BB8 (and the movie hasn’t come out yet!). You’ll find emblems of these two robots around too, although they are more rare and you’d need to use the app a lot in order to spot and get them.

To get the C-3PO navigation voice, just go to the Waze app’s settings and choose it from your Voice Language options. To have the Road Goodies, you have to join The Force Awakens team, which you can find in the Teams menu on the app as well.