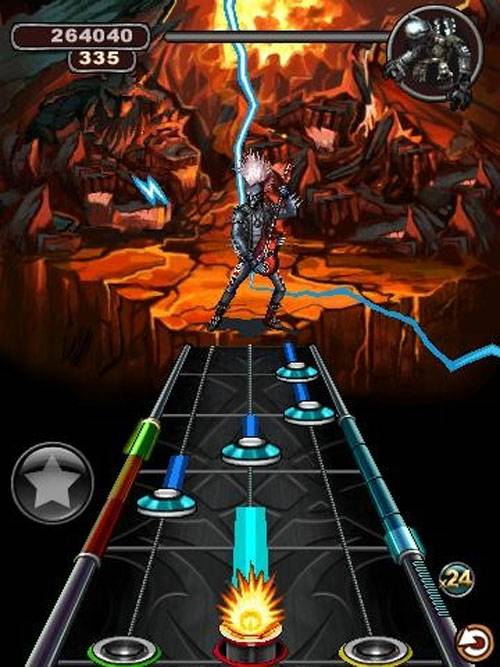 I think that many of us can admit easily enough that one of the big things that drew us to smartphones was the ability to play some cool video games wherever you may end up. Mobile gaming consoles like the PSP and DS have a lot more competition now with smartphones that pack in powerful 3D graphics capability.

One of the most popular video games around is the Guitar Hero franchise and Glu has announced that it has a new version of the game landing on the Android platform soon. The game is called Guitar Hero: Warriors of Rock. The game will let players share scores using Open Feint and earn achievements.

The game has 18 achievements to unlock and has full length songs. The look of the game has been tweaked for noobs and fans of the franchise that are familiar with the game alike. An unlockable Warrior state can be played to boost the player’s special power. The game is on the Android Market right now for $7.99.