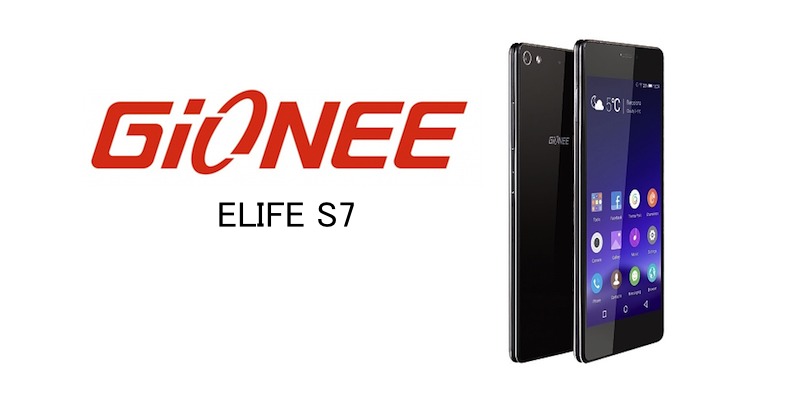 We don’t hear much from Gionee but when we do, expect that the product is going to be a game-changer. The Gionee product we last saw was the Marathon M3 that impressed us with a 5000 mah battery. The phone manufacter is also known for holding the Guiness World Record for the thinnest smartphone. This week at the Mobile World Congress in Barcelona, Gionee has introduced the new Ultra Smartphone ELIFE S7. The latest smartphone was developed with the ‘making slim to perfection’ philosophy so we can be assured of another great product from Gioonee.

Gionee is now offering more than just a slim design with better specs and function. Gionee believes that a true powerful slim smartphone is one that doesn’t compromise performance. The ELIFE S7’s design was inspired by the railway tracks’ U-shape design. It still features the Iconic frame design but now with a metal effect and high glossy finish. Notice the two parallel metal light lines and the result is an ergonomic side for a comfortable one-hand grip.

Material used is an aviation level aluminum magnesium alloy so you know smartphone is very durable and can last a long time. No, it won’t bend even when inside your pocket. As with the latest phones today, the Gionee ELIFE S7 boasts of Corning Gorilla Glass 3. And since Gionee knows the importance of long battery life, it has added a 595 density 2750 mAh battery. It may be just half of the 5000 mah battery of the Marathon M3 but it’s one of the highest in smartphones today.

The Gionee ELIFE S7 will we released first in Europe with KAZAM and ALLVIEW as partners. Price tag reads EUR 399 which is about $446.