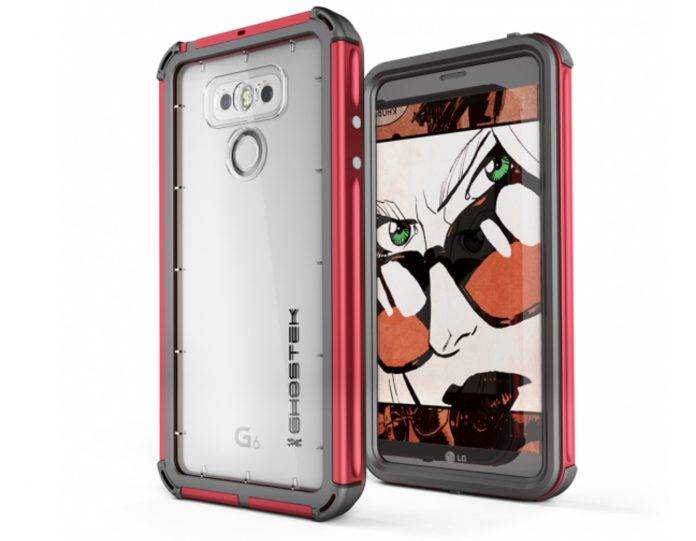 If you’ve been wondering what the new LG G6 will look like, gadget case maker Ghostek may have given us a preview, although of course it is not official with the Korean OEM. They have uploaded on their online store their waterproof case for the upcoming flagship which is yet to be announced, potentially spoiling the “surprise” if their renders are anywhere near the truth. This is the second time that they have uploaded the renders of something they probably shouldn’t have, after leaks of the Samsung Galaxy S8 made its way to the web.

Based on the pictures of the LG G6 inside the waterproof case, it seems they’re going for the “cleaned up” and more refined look for their latest flagship. The back shows a dual camera with dual LED flash, as well as a fingerprint scanner below it. The front photo shows very little details, with no front cameras, iris scanners, microphones, etc. We don’t know if LG is going for the minimalist look or if Ghostek could not imagine what will be there.

If you’re interested in the waterproof case itself, it has a strong aluminum alloy bumper and a heavy duty scratch-resistant, touch sensitive screen guard. It can survive up to 30 minutes in 1-meter deep water. All the buttons, ports, and controls are supposedly accessible and it is also touch ID compatible.

The waterproof case will cost $59.95 when it comes out and they’re offering discounts when you share the product (-5%) or the Ghostek website itself (-3%). Meanwhile the actual LG G6 is expected to be announced on February 26 at the Mobile World Congress in Barcelona.