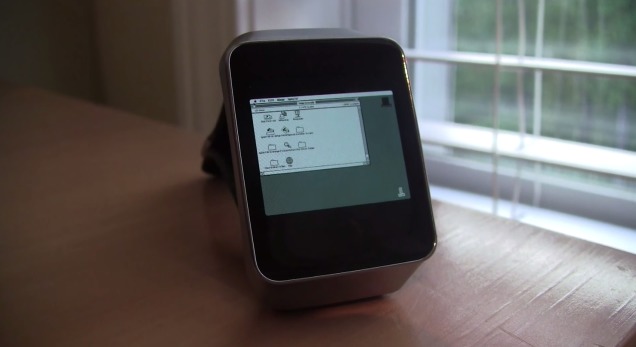 If you’re one of those people who still harp on the beauty of the 1987 (yes, that’s not a typo!) Macintosh II System 6 OS, then you’ll be pretty stoked to now that you can run it on your regular Android Wear device. Or at least some sort of the old-school OS. A YouTube user has created a hack that will allow you to run the OS on your smartwatch, complete with menu bars and all.

Corbin Davenport has made a reputation of creating hacks that bring previous versions of old software to your wearables, should you feel the need to get away from the high tech, more modern themes that you can get. Now through the power of the emulator app Mini VMac II, you’ll be able to enjoy the desktop, windows, and menu bars of yesteryears on your 1.6-inch smartwatch.

In a video released on his YouTube channel, the developer was able to port System 6 together with the boot-up screens and menus. However, it really isn’t that great to use without a mouse and on a tiny screen, so it probably will not be of any use to you.

Davenport has also previously worked on bringing good ole Windows 95, Doom, and Minecraft to a Samsung Gear Live. Even if you have no interest in actually using these systems or games on your smartphone, since, as we mentioned, it’s probably not going to work on a small screen, it’s still pretty interesting to see someone accomplish those old-school ports.