Google announced today that it has added support for all Android devices running 1.6 or higher. Initially, this was only available to phones that has 2.0 and up leaving only two Android’s capable of using this new feature.

Since we launched Gesture Search on Android Market two weeks ago, I’ve seen quite a bit of feedback. For example, some of you have requested Gesture Search for earlier versions of Android, as well as access to it outside the US.
I’m happy to share with you that Gesture Search is now available on devices with Android 1.6 and higher. Additionally, it can be downloaded in all countries where Android Market is available, although it continues to only recognize the English alphabet. The new version also includes some improvements to performance and bug fixes. Please try it out and let me know what you think.

Looks like Google was listening to the complaints. 1.6 encompasses a lot of phones but what about the 1.5 people? Guess the wait is still on if you would like 1.5 to support as well. But most 1.5 phones will be updated to 2.1 in the next few months, guess you all can get it then or let Google know if you want it now. 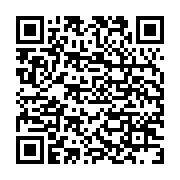