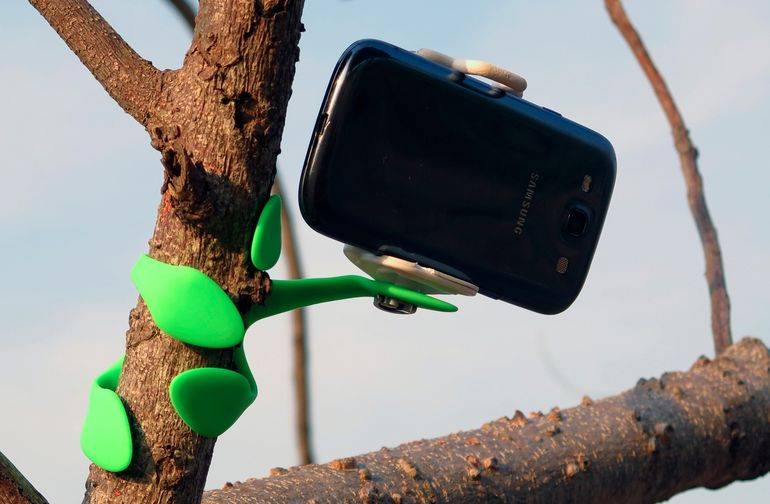 Are you sick and tired of the ubiquitous “selfie stick” (previously known as the monopod) not because you are averse to taking selfies (to the contrary in fact) but due to the fact that it is unbendable, not too pliable, and comes with a few limitations as to the angles and views? A new Kickstarter project believes that it just might replace your stick in the mud monopod as the Gekkopod is more flexible and even comes with a bit more personality to boot.

Simply put, its main purpose in life is to be the tiny camera mount that your smartphone, camera, or GoPro needs. But you don’t need to hold it up as you would the stick, but you can place it anywhere you want and your gadget won’t fall off (hopefully). It’s because the Gekkopod can wrap itself around the branch, stick, bar that you can place your camera or smartphone on. The adaptable mount will supposedly fit all kinds of smartphones in the market. There’s a special mount available for the GoPro and for your camera, there’s a standard screw that fit all of the styles.

For all the devices that you will place on this contraption, you will be able to adjust the angle, depending on what or who it is exactly you’re taking a picture of. Of course other benefits of having a Geekopod is it is very much portable, durable, and handy, especially if you take a lot of self-photos.

Apparently, a lot of people need this kind of accessory, as the campaign has almost doubled the money they need. If you feel like supporting a product like this, and also be one of the first to own a Gekkopod, you can go to their campaign page and they still have 37 days to go. 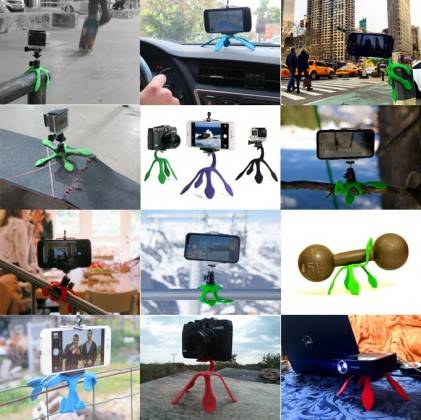