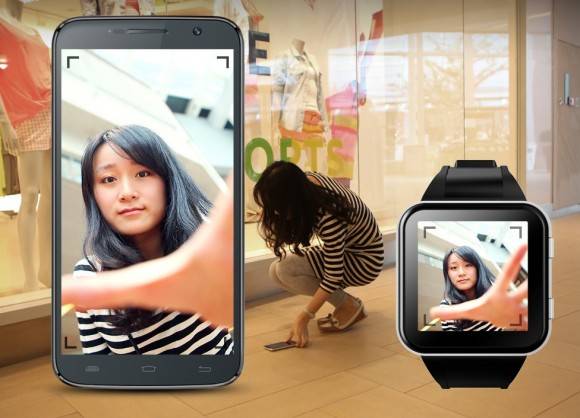 While wearable technology and computing is really starting to take off, I’ve found myself struggling with the idea behind a smartwatch. I’ve admitted I’m not a fan in the past, but this new watch from a Shanghai-based company called the GEAK Watch has my attention. Why you ask? Because it claims to do so much more than most of those other so called “smartwatches” we’ve seen in the past.

This watch is overall just an impressive sounding (and looking) device. While the general edges look a bit too iPhone-like, it’s the specs and features that has me excited and interested. The folks from Engadget Chinese found all the details on the GEAK, and the list is a long one. This is no Pebble watch guys. They aim to do a little of everything and even offer WiFi, voice-to-text, and more.

Of course we’re running Android with the GEAK, but then we also will enjoy WiFi 802.11b/g/n so we won’t have to tether or use Bluetooth only like most. This also allows direct downloading of apps and such using Android 4.1 Jelly Bean, and it will automatically update too. No more wiring up to a PC with micro-USB. 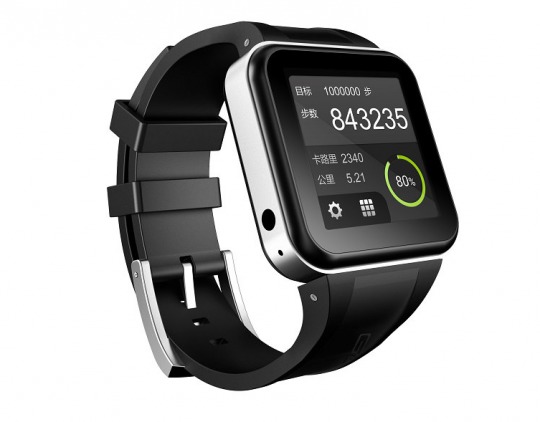 Apparently we’ll have a 1 GHz processor, 512MB of RAM, 4GB of storage, a 1.55-inch multitouch display and more all tucked into a thin 8mm design. So basically as thin as most smartphones, or thinner. Sounds impressive right? That isn’t all either.

The GEAK also has NFC, Bluetooth 4.0 support, GPS, a 3.5mm headphone jack for streaming audio, and even an FM radio transmitter. Oh and did we mention voice-to-text input as well. Somehow that will work and you can send messages without ever removing your phone from your pocket. Engadget also mentions a wide array of sensors that will make this a smartwatch, then a fitness companion and more at the same time.

Working with sensors for motion like calorie and step counters, sleeping patterns, blood pressure, temperature, and much more. Take my money now! Apparently this is the real deal, will run you about $330, and will be hitting China early next month. We’ll keep our eyes out on this one.