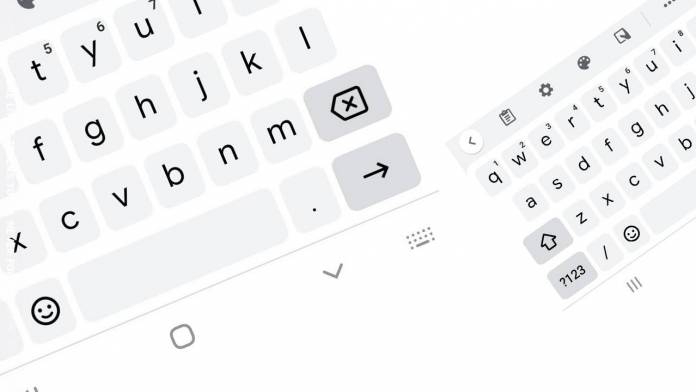 If you’re enrolled in the beta program of Gboard, Android’s official virtual keyboard, you might notice something new if you’re observant. An update to the beta version of the app brings a new font and a slightly different look. The new version of the keyboard actually started rolling out in September but is now enjoying a wider audience, although it’s still limited to those that are using the beta version. This means also that regular users of Gboard can expect the change to come to their app too, sooner rather than later.

The changes in the keyboard’s appearance aren’t anything major but it will still feel different to keen observers. The font for the letters on the virtual keyboard is now different and is much closer to Google Sans. This was probably done to make it match the Google Pixel’s user interface. And even if you don’t exactly know the font, you will most likely notice that the letters are a bit rounder compared to before.

If you choose to use the dark theme for your Gboard, you’ll see a slight change to the positioning of the upper bar of the keyboard. But if you’re doing the light theme, the changes are a bit more significant as the color theme has been slightly tweaked. They have increased the contrast to give you the appearance of more negative space in your virtual keyboard. Again, if you’re not very observant, you won’t notice these changes, at least not the details.

This update to Gboard shows Google’s efforts to match the virtual keyboard to the look of its Pixel smartphones. The changes you will see will be the default look of the app but if you’re not happy with it, you can revert to the old one by rolling it back, since you’re still in the beta program. We’re not sure if they will still allow you to use the old design once the update has been rolled out to all Gboard users.

If you’re not yet in the beta program of the Gboard keyboard, you can still sign up if you want to try out the beta releases. There are of course risks like bugs and issues just like any other beta program so make sure you’re aware of these things before joining.