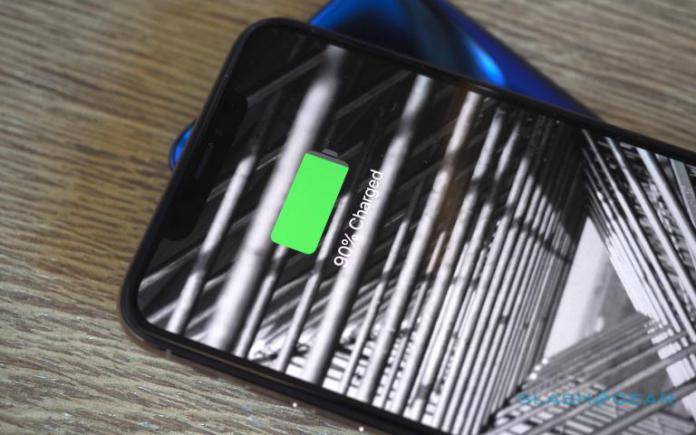 We’re almost done with the 4th quarter and year 2018. Expect different brands and OEMs to make announcements and release reports about how their numbers have increased or turned for the worst. We have some predictions but we won’t tell yet. It is better to hear first from those major players because their words are what really matter. What we can tell is that we believe smartphone sales grew by 1.4 percent in the past quarter. Q3 2018’s increase may seem small but it tells us the mobile industry will remain for a long time.

Improvement may be small and slow but there is growth. Special thanks to Chinese OEMs like Xiaomi and Huawei for driving worldwide sales. Demand for Chinese-made phones is ever-increasing despite the encouragement of the US for countries to stop patronizing them. The numbers are still good for Huawei despite not being able to fully enter the US.

The 1.4 percent growth in Q3 translates to 389 million units. That is a lot of smartphones. According to Gartner, Xiaomi and Huawei’s number when combined and then removed from the global phone vendors list, sales “would have declined by 5.2 percent”. Gartner’s research director Anshul Gupta added, “Led by low-price smartphones, enhanced camera features and high-quality resolution displays, top Chinese mobile phone manufacturers boosted their sales across emerging markets in the third quarter of 2018.”

We believe in the power of these Chinese brands and without them, we don’t know how many will be able to afford premium flagship phones. Huawei phones especially are in demand with a 43% growth in the 3rd quarter alone. At present, it is No. 2 in the world, among the Top 3 in several European countries, and No.1 in China. 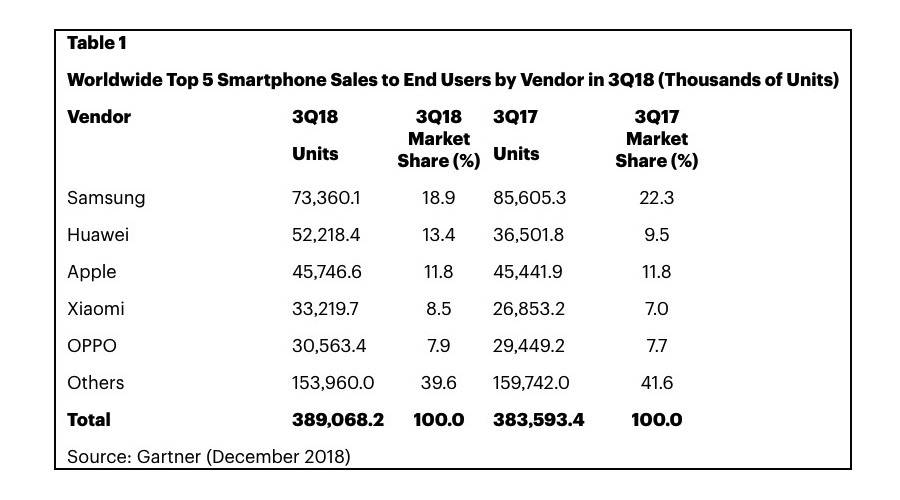 Gupta also noted, “The gap between Samsung and Huawei continues to shrink, as Huawei expands aggressively by investing in branding and distribution in the emerging markets of the Middle East, Asia/Pacific and Africa.”

Meanwhile, Samsung saw a 14% decline in Q3. The Note 9’s release didn’t make a significant contribution but we’re hoping it will this Q4. The numbers may also change in Q1 2019 as the new Galaxy S10 phones and the Galaxy Fold foldable phone will be unveiled.