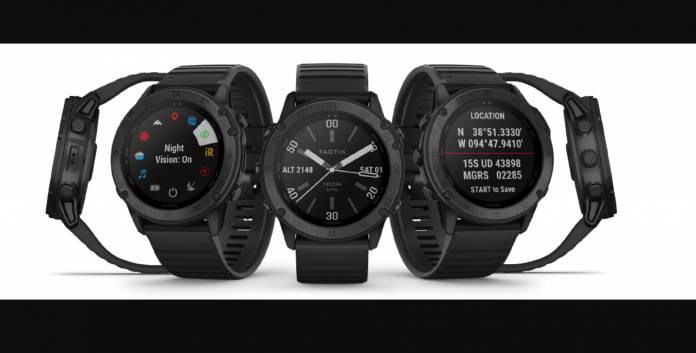 There are a lot of smartwatches out there to choose from, whatever style or preference you’re looking for. But not a lot of them have privacy as a priority. The newest Garmin smartwatch introduces such a thing to the wearable industry. The tactix® Delta is a rugged, privacy-centric device that has been built to military standards but also features premium design. It’s the first smartwatch that has both a “kill switch” and a “stealth mode” for those situations when you need either.

Garmin has been producing several tactical smartwatches over the year but this is the first time that both features are in the same device. They are making their mark in creating rugged wearables for users that are constantly in the field and would need something sturdy and functional. The tactix® Delta has knurled buttons with a 3D pattern so it would be easier to press it even when you’re wearing gloves. It’s part of their approach to bring “form meets function”.

The watch case has a fiber-reinforced polymer and a metal rear cover and has a 1.4-inch display size with 280 x 280 pixels. The display actually is sunlight-visible and uses transflective memory-in-pixel technology. The battery can last up to 21 days but if you need it to last longer, you can turn on the Battery Saver Watch Mode and you should be good up to 80 days. The MIL-STD-810 military standard device also has a domed sapphire lens and a “diamond-like carbon coated bezel”.

The feature they’re highlighting here is the Kill Switch where it will wipe off everything from your device after a short countdown. It’s handy for when you lose your smartwatch and you don’t want anyone to have access to any of your data. The Stealth Mode meanwhile will shut off connectivity and tracking from your watch in case you need to go incognito and not have communication from the outside word.

The watch comes with a silicone band in the box and is also compatible with “Quickfit” Watch Band with a 26mm watch band size. The Garmin tactix® Delta is already available in the market and you’ll have to spend $900 if you want to own one.