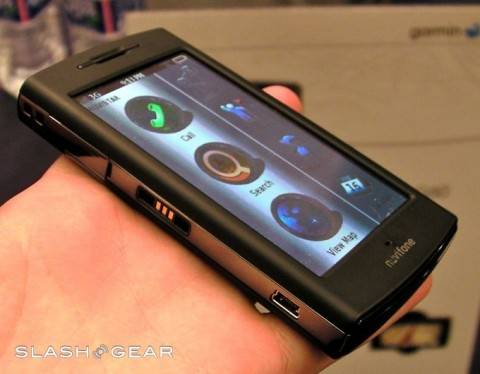 Garmin-ASUS have confirmed that, following the launch of their nuvifone G60 sometime in the second half of 2009, they will switch to solely using Android and Windows Mobile in future devices.  The first Android-based Garmin-ASUS device will apparently arrive at the end of the year, earlier than previously suggested.

The change will mean that the G60 will be the only device to use Garmin-ASUS’ home-grown Linux OS, the difficult development of which has been blamed for the GPS-centric handset’s delay.  The partnership’s other device, the nuvifone M20, runs the Windows Mobile OS.

According to Hektor Tung, Garmin’s regional director for Southeast-Asia sales, the long-overdue G60 will arrive in the second half of this year, and could launch as early as August for some markets.  However he failed to be more specific about which regions they might be.