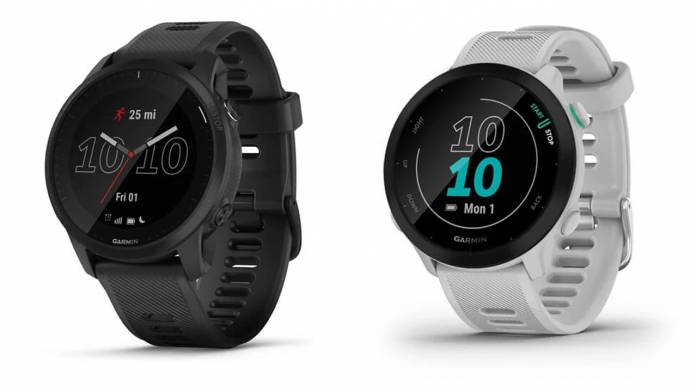 Garmin smartwatches have for years allowed athletes to track performance metrics or listen to music even when the phone is left behind. Now, the company has introduced two new watch models – Forerunner 945 LTE and Forerunner 55 – that are again aimed at runners and fitness freaks that want more than just the basic features. 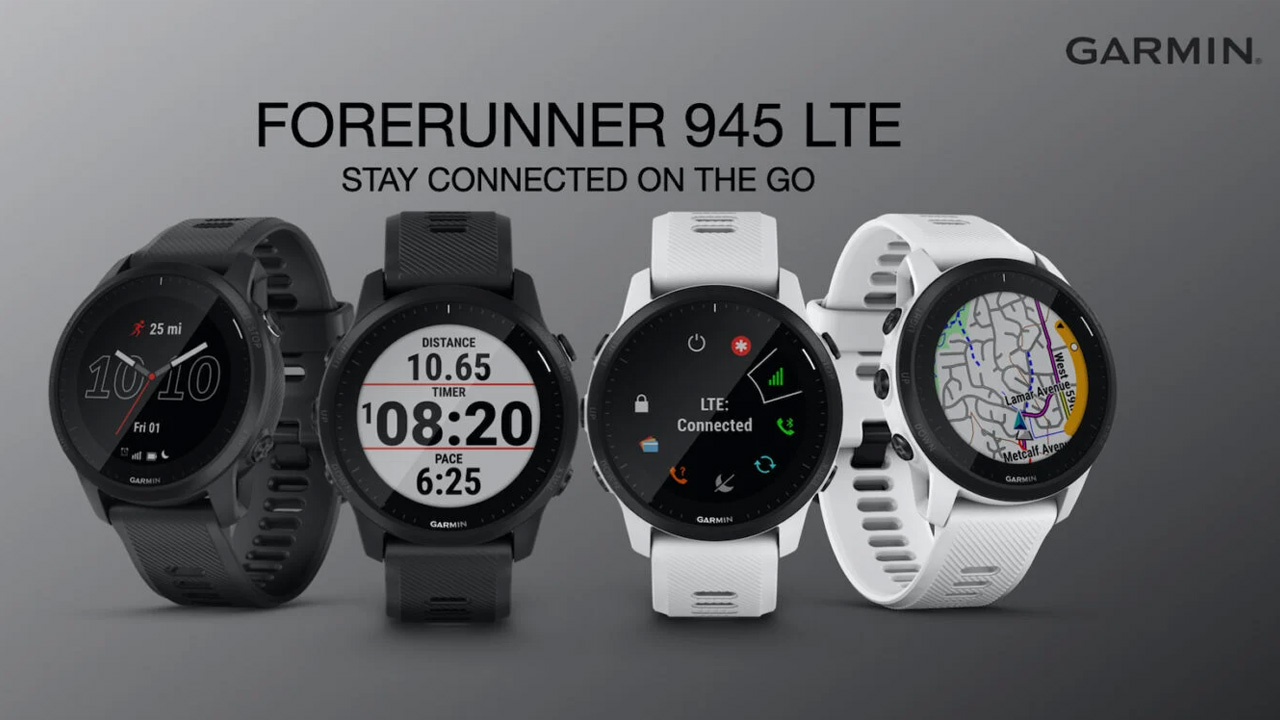 Introduced in Garmin’s range of GPS running and triathlon watches, the Forerunner 945 LTE brings health monitoring to the fore beyond the connectivity aspect. The watch has a 1.2-inch circular display encased by a fiber-reinforced polymer bezel and it boasts 35 hours of battery life in GPS mode without music.

Paired to a silicon strap, the decent-looking Forerunner 945 LTE can manage incoming calls, text message notifications and comes with the usual heart rate sensor, monitors respiration and stress levels, sleep and women health monitoring feature. An existing feature however is the LiveTrack feature that lets family members keep real-time track of the wearer.

Even better is the Forerunner 945 LTE’s ability to sense if an accident has occurred and then sends SOS message to the predefined emergency contacts. Compatible with Amazon Music and Spotify the watch can also send the wearer’s name and location to Garmin IERCC – round the clock emergency response center – for immediate assistance. 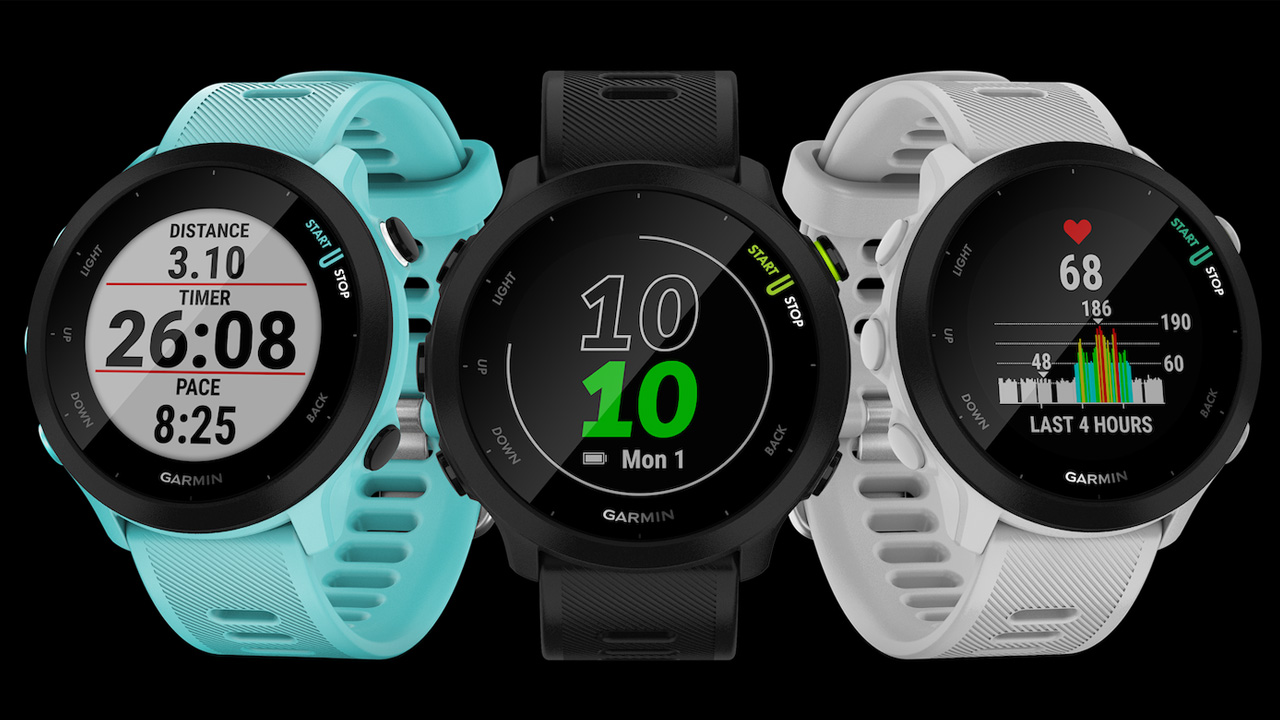 Garmin Forerunner 55 on the other hand is almost an entry-level offering aimed at the runners just starting out, or not really in the pro league. This smartwatch has 1.04-inch display (also round in shape). Water-resistant to 50 meters, the Forerunner 55 comes paired with a silicon strap also, and packs features such as heart rate, stress level and sleep tracking.

The GPS-enabled watch has up to two weeks of battery backup, which scales down to 20 hours when GPS is activated. But being a fitness enthusiast’s partner, the Forerunner 55 can track calories burnt, has a pedometer, tracks time, speed, distance and displays all this data on the accompanying app.

Forerunner 945 LTE is provided in black and Whitestone hues starting at $649.99. The Forerunner 55 on the other hand comes in aqua black and white colors for $199.99.