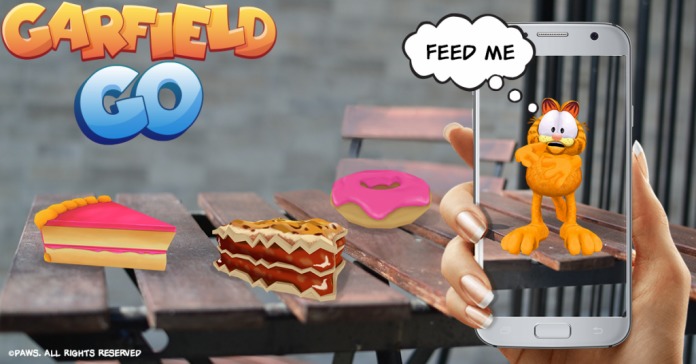 Pokemon Go players who have already gotten bored with the game but are looking for a new augmented reality game to sink their teeth, errr, fingers into, listen up. If you like cats, dogs, lasagna, and a certain cranky classic cartoon character, you will probably be playing this new game from Freeze Tag Games. Garfield Go – AR Treasure Hunt will be available at the Google Play Store starting today, but only if you’re in the US, Canada, and Australia.

If you’re a fan of Garfield, then you will probably be playing this game. Instead of hunting down little monsters, you’re now off on a treasure hunt because the mischievous Odie (that’s the dog if you didn’t know) has scattered Garfield’s comic book collection. And now you will have to help our favorite cat get the comics back and at the same time, look for treasures along the way. Oh and you also need to entice Garfield into joining the hunt by using baked goods to lure him.

So it works just like other augmented reality games where you have to point your phone in several directions in order to collect the comics and discover the treasures. Plus, you will be able to win real-life prizes from Amazon, Starbucks, Domino’s Pizza, etc. You can also get virtual prizes like hats for Garfield, trinkets which you can trade and redeem as you continue to play.

You can download Garfield Go from the Google Play Store for free. However, as mentioned earlier, it will only be available initially in Australia, Canada, and the US. No news yet when it will be available in other territories. Let the virtual treasure hunt begin! 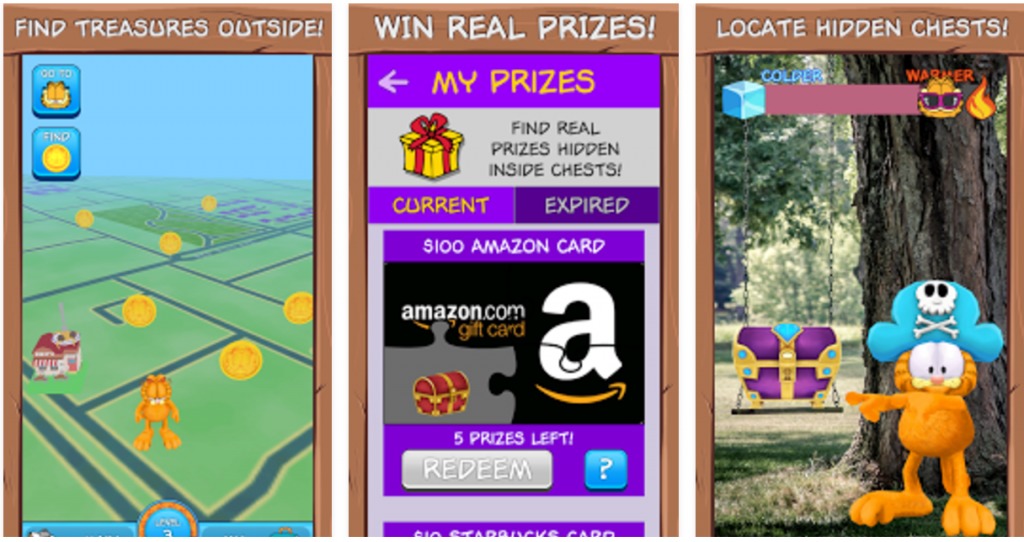