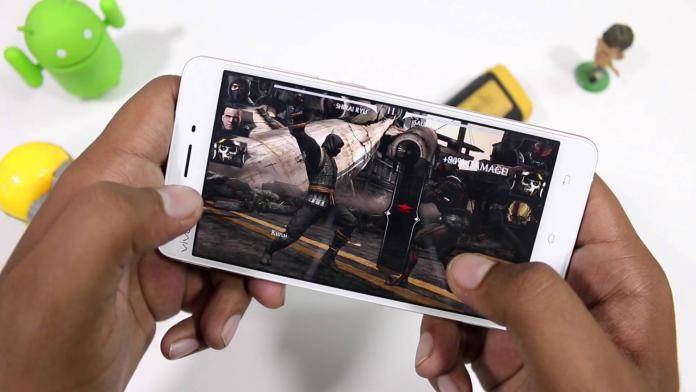 You might be looking to update your games collection on your Android device. If that’s what you need, then we’ve got you covered. We’re taking our job seriously, and that is to give you new games for your Android devices. We’ll probably never be quite “done” with this, given the number of new games and great games that come out on a weekly basis for Android. If you’re the type who gets bored quickly, then new games might be the best thing for you. If you’re a gamer by heart, then these games listed here might be worth looking at. If you simply need a game to play for the few minutes while waiting for your next daily task, we won’t judge you, because the games we list down here are for everybody.

If you’re at all familiar with EVE Online, then this new game will probably be of interest for you. EVE: War of Ascension is supposedly EVE Online’s official mobile game, published by Kongregate. It’s set up to be a mobile MMO, but from early feedback, the game plays like a strategy game – you go about building up your space station, researching advancements, and conquering outposts. This is on soft launch right now and you might want to check it out.

Giants War is a new game by GAMEVIL, and it looks to be a mashup of RPG gameplay, card collection, and action gaming. The game will have you collecting hero cards and taking those heroes into battle against giants. As can be expected, different heroes mean different skill sets and abilities, allowing you to pick a gameplay style. This is another game that should pique your interest if you’re up to looking for the new fantasy or action game that will give you a kick.

If you’re the turn-based RPG gamer type, then we have something for you as well. Knights Chronicle is from popular developer Netmarble, and they are hoping that this game will draw you in with the familiar anime style visuals. The gameplay is nothing new for turn-based RPG, but the game will have you joining online parties of up to five players. These parties can get on raids of multiplayer dungeons full of baddies to obliterate. The game has over 100 heroes that you can use for gameplay, so you really won’t get bored.

ARK: Survival Evolved is the mobile version of a popular PC game (called Ark). The PC game allowed you to do battle with dinosaurs, tame them, and play with dozens of other actual players. The mobile game feels very polished, even if it is a free-to-play game. You can play with 60 other players within a server and the game features very nice elements that you probably won’t get in other free games, so you better check this out.

The sequel to Ninja Kiwi’s balloon-popping tower defense game is now here – Bloons TD 6 is obviously the follow-up to Bloons TD 5. It’s been six years since the last version of the game, so you can imagine that people have been waiting for this. The game will require you to pay USD$5.00 up front, so if you enjoyed the last version, you’re going to have to spend a bit to play this next version.

Asobimo, the Japanese game studio behind MMORPG titles such as Avabel Online and Toram Online, has a new game out called Alchemia Story. Japanese studios are known for their RPG games, but they might provide a fresh experience on MMOs. Besides the expected anime-style visuals, the game will allow users to create fully customizable characters, all the way down to age and appearance. You might want to check out Alchemia Story if you’re looking for a new MMO.

Activision and Com2us have a new Skylanders game for mobile, and you might want to take an early look at it while it’s on open beta for Android. Skylanders: Ring of Heroes is a turn-based RPG, so it will be fairly easy to learn. Players will find and collect over 60 Skylanders creatures and form teams in order to battle baddies. The Skylanders franchise has been around for a time, and we think that gamers who have been exposed to the games might actually like this one.