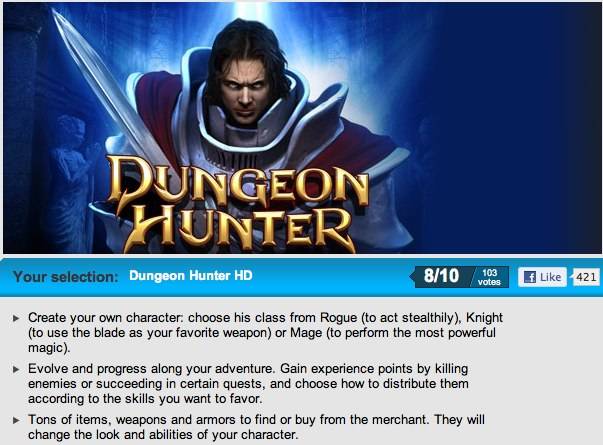 Gameloft have made Android game Dungeon Hunter free for one day only, offering a handy way to bypass the pre-weekend boredom. Available as part of the game studio’s Advent Twitter promotion, the game was released back in May 2010 and pits you as a dungeon raiding Rogue, Knight or Mage in an action RPG.

Apparently some users have been experiencing problems with the download, and Gameloft has extended the free period to accommodate them. Still, it won’t last forever, so best to download now if you fancy some free Android gaming.