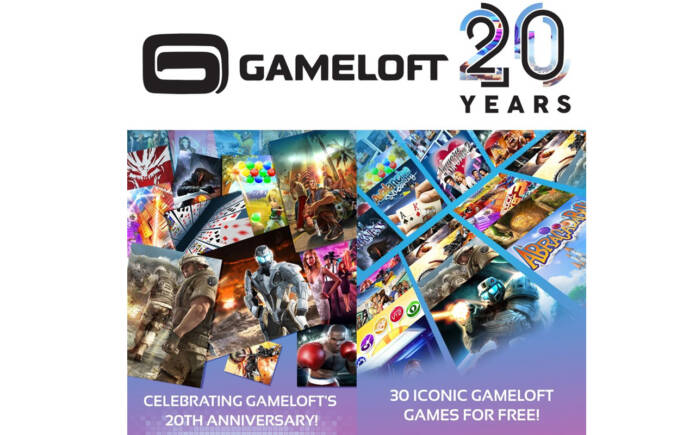 Paris-based game developer Gameloft has been creating games ever since we didn’t have the luxury of smartphones. To be precise, the gaming studio has been churning out titles for two decades and to celebrate its 20 years of success, Gameloft has something in store for classic game lovers. A bundle of 30 classic titles in a free gaming app. Some of these games were never before available on smartphones which is a great gift for the huge Gameloft fan base.

The multiplatform publisher has more than 800 titles released on mobile, PC and consoles under its name. With titles like Modern Combat and Asphalt under its belt, the studio is now poised to lure classic gamers with the Gameloft Classics: 20 Years. It is a collection of 30 games from virtually all the main genres – puzzles, action, sports, card games, and social sims. Virtually something for every one of out there.

The gaming interface is old school so it brings back the nostalgic memories of digital d-pad and digital buttons displayed below the game screen. Games like Modern Combat 2: Black Pegasus which was earlier available as a standalone title in the Android store is now a part of the bundle and no longer available on the Play Store. Then there are games like Hero of Sparta or N.O.V.A. which are time classics that we’ve grown old playing over the years. Also, included are Bubble Bash 2, Block Breaker Deluxe 2, Avalanche Snowboarding, Zombiewood and Motocross Trial Extreme to name a few.

Gameloft Classics: 20 Years app is available for free download on the Play Store. There are no intrusive ads or pop-ups that should irk your gaming sessions. Although there will be in-app purchases which is usual for most gaming apps on the Play Store.