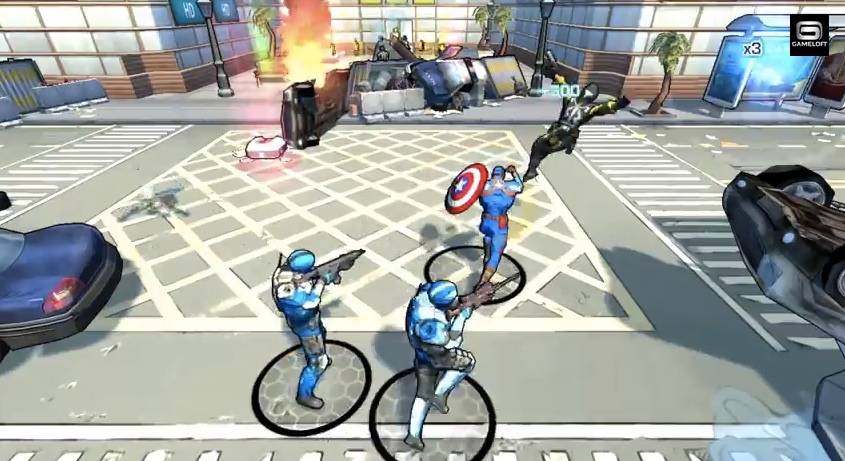 A new Captain America game has been announced for Android. The game, coming by way of Gameloft and Marvel, will arrive as Captain America: The Winter Soldier. The game will arrive in the Play Store in late-March and is being teased as one that will bring an “original blend of combat action and flexible tactical options.” More to the point, Gameloft has said this game release will bring a “complete Marvel experience that teases the upcoming movie.”

On the topic of the movie, that will be arriving in theaters on April 4th in the US. Those in “certain” European countries will be able to catch Captain America: The Winter Soldier in theaters a bit earlier, beginning on March 26th. Either way though, the game will tease the movie. Players will take the role of Captain America and lead a team of S.H.I.E.L.D. agents.

There will be single-player and multi-player modes and players will compete for higher position in leagues. Otherwise, while Gameloft and Marvel have offered an official announcement for the game — they appear to be teasing more than they are revealing specifics. With that, there was also mention of how players will be able to experience a comic-book-style world that has a story inspired by the film.

Anyway, Gameloft has yet to say anything in terms of a price. What they have done is released a short game teaser video. That video comes in at 21 seconds in length and offers a story about how our world is in peril because a new enemy has emerged. The video also mentions how the game will have epic fights, team-based combat and infamous villains.