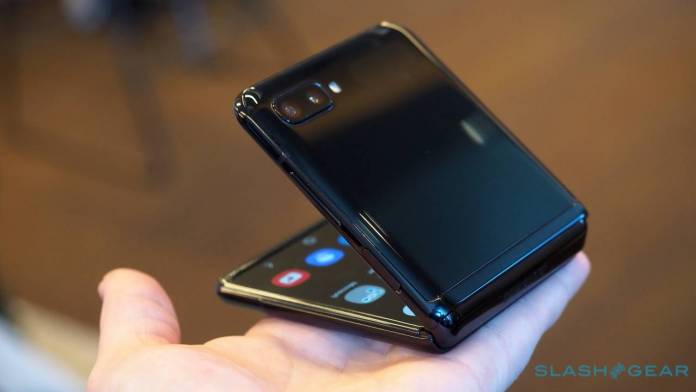 If you were hoping to be one of the early adopters and have the Samsung Galaxy Z Flip immediately to enjoy its clamshell foldable display, you’re out of luck at least for the next couple of days. Samsung says their newly-announced device is now sold out. There may be some limited stocks available in some of their retail stores but if you wanted to buy online, they’re all out. The good news is that you won’t have to wait long until they restock as more units will be available by February 21 when the Galaxy S20 goes on sale.

Despite some concerns over the durability of a smartphone with a flexible display and a horizontal hinge and will be constantly folded and unfolded, apparently people are still excited about having a throwback clamshell but with smartphone features. This has led to the Galaxy Z Flip being immediately sold out, although if you’re really that excited about it, you might want to try your luck at some of the retail stores.

The Galaxy Z Flip has a 6.7-inch Infinity Flex AMOLED display and a 1.1-inch display on the cover when it is folded. It also has a 10MP selfie camera, 12MP ultra-wide camera, and a 12MP wide-angle camera. The cameras bring optical image stabilization, HDR10+ recording, Tracking AF, 8x digital zoom, among others. So aside from the foldable display, mobile photographers will also get a kick out of this device.

It came in three standard color options: Mirror Purple, Mirror Gold, and Mirror Black. But they also released a Thom Browne Edition with its unique striped design. All these color options are now sold out on the Samsung website last weekend. They did not give a figure though on how many units were sold so we can’t really grasp how many people went ahead and ordered this new smartphone with the retro design.

Samsung says they are making additional units of the Galaxy Z Flip available on February 21. This is the same day when you can start pre-ordering their flagship device, the Samsung Galaxy S20 line.