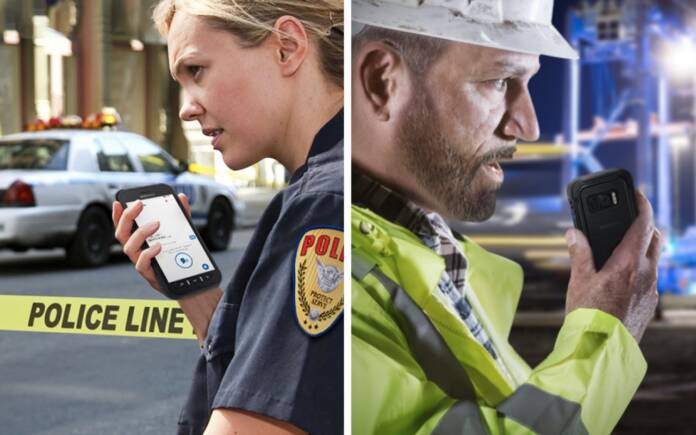 Latest in Samsung’s field-ready devices, the Galaxy XCover FieldPro was first launched in October last year. The purpose-built smartphone with a removable battery, Push-to-Talk capability, and secure architecture was then available for enterprise customers. For those inclined toward rugged phones, the XCover FieldPro is now available on AT&T for an asking price of $1104.99. It can also be purchased on the network provider’s 30-month investment plan for $36.84 a month.

Designed to be tough and effective no matter the situation, the Galaxy XCover FieldPro comes with MIL-STD-810G certification to survive accidental drops, shocks, and extreme temperatures. The phone is IP682 rated dust and water-resistant up to 1.5m for 30 minutes. What keeps the phone going in demanding conditions is the 4,500 mAh replaceable battery, which can be easily swapped.

Drawing some parallels to the Galaxy S9’s guts, the 256g XCover FieldPro features a similar Exynos 9810 eight-core processor and 12-megapixel f/1.5-2.4 primary shooter with triple LED flash. It gets an 8-megapixel front camera and runs Android Oreo out of the box. The handset has a modest 5.1-inch IPS LCD touchscreen with 1440 x 2560 pixel resolution.

Galaxy XCover FieldPro is ideal for first responders, trekkers, hikers and even cyclists who love to mount their phone since it has a Push-to-Talk emergency button, which is programmable to send out alerts. The button can be activated even with the gloves on. Otherwise for easy access, the phone has a rear fingerprint reader, a USB Type C and pogo pin connector for charging or attaching peripherals.

Listed on AT&T in black color, the Galaxy XCover FieldPro, is not really a common update Samsung users would be looking for. It is not very progressive with its features and neither a device to show-off for that whopping price tag. It will cater to a section that is too reckless with their phone and have money to burn.