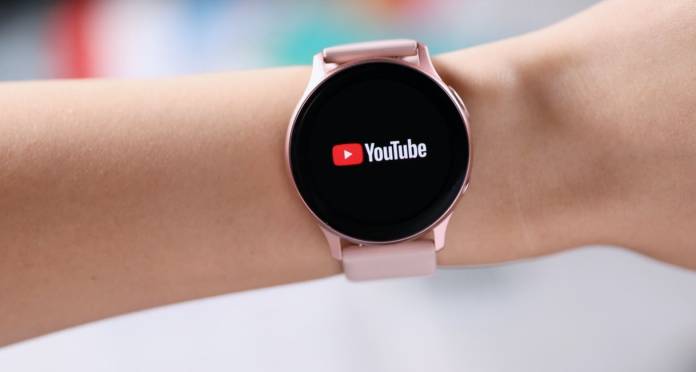 Have you always wanted to go and watch videos on your smartwatch? No? But even if you never thought of having that functionality, Samsung believes you should. Their upcoming wearable, the Galaxy Watch Active2 will come with its very own YouTube app. And if you think that doesn’t concern you, if you have an older Samsung smartwatch running on Tizen, then that might eventually reach you as well. This may be Samsung’s way of making their smartwatches more as a standalone device.

According to 9 to 5 Google, the Galaxy Watch Active2 will be the first one of the OEM’s smartwatches to have the YouTube TV app and it will come out of the box when it launches this September. Samsung also said that they “look forward” to also add the YouTube app to older smartwatches that are running on their own Tizen platform. This will probably include the Galaxy Watch, Gear Sport, and Gear S3 although that hasn’t been confirmed and is just speculation based on the more recent devices released.

It is also worth noting that the app wasn’t actually created by Google but by Samsung themselves. This means that it might not function the same as an “official” YouTube app. Based on the video showing off the Galaxy Watch Active2, the app will have fullscreen viewing, and you can search for the videos you want to watch through voice commands. Obviously, what you can do here is limited because of the screen size but at least we can see that you can really watch videos on your wrist. If your smartwatch has a built-in speaker, then you can also take advantage of that.

The Galaxy Watch Active2 is focused on personalised wellness and tracking and has more refined features compared to previous devices. It has a new signature rotating digital bezel and is powered by an Exynos 9110 Dual core 1.15 GHz chipset. It has features that can suggest insights and better lifestyle choices if you want to improve your sleep, diet, mental health, exercise routine, etc. We don’t know how having a YouTube app fits into all of this but we are getting one regardless.

Aside from the YouTube app, an official Twitter app will also be arriving for the Galaxy Watch Active2 and possibly other smartwatches later on. This will solve some of the app availability complaints about Samsung wearables that are not running on Wear OS.