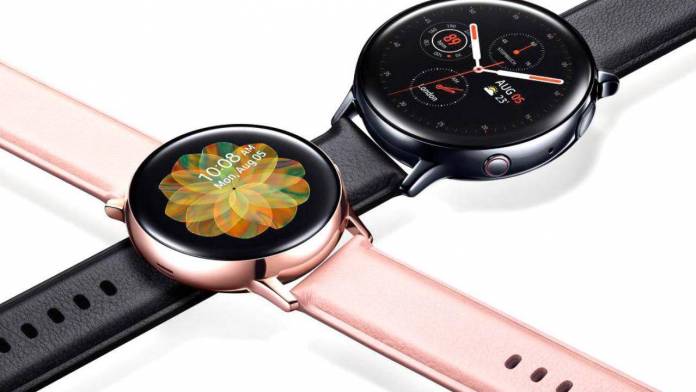 When Samsung released its Galaxy Watch Active 2 last week, it got pretty good reviews from users looking for a fresh new smartwatch. However, one of its key features, the virtual touch bezel, was not activated coming out of the box. Now it looks like they’re making up for that probable error with the latest software update to the wearable device. After you’ve installed it and if you haven’t yet enabled the touch bezel, it will be activated on its own.

According to SAM Mobile, until now it’s not really certain why Samsung would ship the Galaxy Watch Active 2 without having the touch bezel setting on by default. It’s something that users were expecting and also if you didn’t know your device had it, it would be better to have it automatically on so you can discover what it can do. But at least know they’re sort of course-correcting this by rolling out the software update.

The update is sporting build R820XXU1BSI9 for the 44mm Wi-Fi version of the device and has started rolling out already. However, the builds for the 40mm version and the cellular variant are not yet available but it will probably be released soon to markets outside of the U.S. Once you’ve updated your device, you’ll find that the touch bezel is already activated. Well, that is if you didn’t activate it previously or you turned it off before the update just to test it out.

The touch-sensitive digital bezel is one of the highlights of the device. You will have to just slide your finger around to navigate the device’s UI and it is pretty smooth and quick when it comes to the transitions. The smartwatch also gives you gentle haptic feedback if that is what you want from your device to give you a little nudge as you navigate through the various features.

The update will also give you better GPS performance and improves the accuracy of the battery level indicators on the watch face. If the update hasn’t shown in a notification on your connected phone just yet, you can also manually check it on the Galaxy Wearable app.