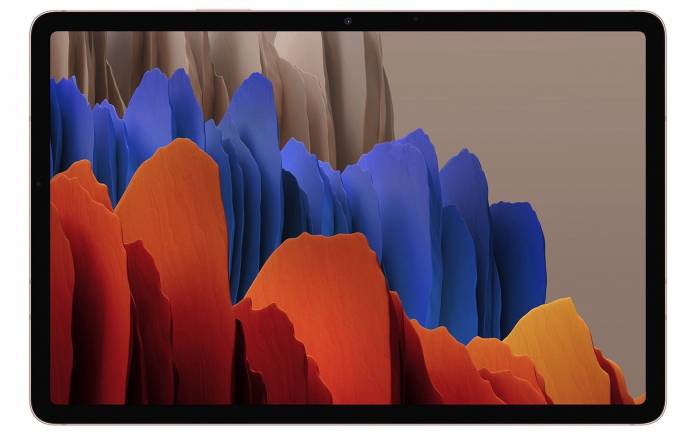 The Samsung Galaxy Tab S7 was unveiled together with several other new products from the South Korean tech giant. The new tablet was revealed alongside the Galaxy Note 20 series, Galaxy Z Fold 2, Galaxy Buds Live, and the Galaxy Watch 3. The main focus was on the Galaxy Note 20 and Galaxy Note 20 Ultra. Each product line deserves its own spotlight. The Galaxy Z Fold 2 5G’s pre-order started soon after the foldable smartphone was shown off more in detail. It will be available later on September 18.

As for the Galaxy Tab S7, the new Android tablet is available in two variants: the regular Galaxy Tab S7 and the other Galaxy Tab S7+ version. Samsung US has listed the tablet for pre-order. You can reserve a unit now HERE to get a $35 instant credit. The amount can be used toward other accessories.

Verizon is offering both the Galaxy Tab S7 the Tab S7+ 5G. At least $100 can be availed with trade-in. If you buy another Android phone, you can $250 off the 5G version of the tablet. Both must be available on a Verizon Device Payment Plan.

As for AT&T, you can also receive 5G access with no additional charge with any consumer unlimited wireless plan. That includes AT&T Unlimited Starter, Extra, or Elite plan. For an additional $20 per month, you can add the Galaxy Tab S7 to your AT&T Unlimited plan. This brings HBO Max as well for your enjoyment.

AT&T shared that both the Samsung Galaxy Z Fold2 5G and the Tab S7 5G are FirstNet Ready. It’s a service for first responders that let them connect to FirstNet, the country’s public safety communications network.

The ultimate Galaxy Tab S7+ can be had for around $850. That is already pricey. However, it’s just for the WiFi model. The Galaxy Tab S7+ 5G is $1,049.99. Verizon carries both WiFi and 5G models. AT&T only offers the WiFi Galaxy Tab S7 5G. Expect T-Mobile and U.S. Cellular to make similar announcements soon.