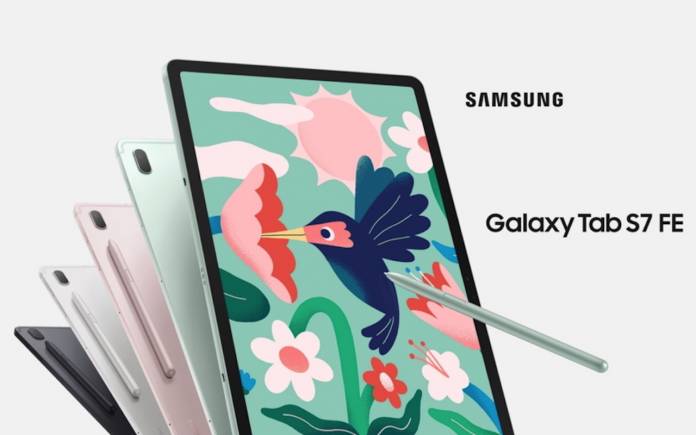 The One UI 3.1.1 is only technically available for the two new recently announced smartphones, the Galaxy Z Fold 3 and Galaxy Z Flip 3. However, some features from this have already been ported over to the Galaxy S21 series even as One UI 3.1.1 itself has not been released for them. Now some of these features are making their way to the Galaxy Tab S7 series with the latest firmware update for the tablet line even though the One UI version remains unchanged.

SAM Mobile says that the One UI 3.1.1-based update has already started rolling out to the Galaxy Tab S7 duo and the Galaxy Tab S7 FE. This gives them access to the new Labs feature that was part of the actual One UI 3.1.1 that the Galaxy Z Fold 3 and Galaxy Z Flip 3 got. This includes multi-window support for apps that don’t have native support for this feature. This is of course very convenient for the two new foldable devices but also for tablets and their larger screens.

Another new feature is the persistent taskbar which should let you access your most frequently used apps on the home screen by pinning the apps on the taskbar. You will also be able to switch between your favorite apps without having to go back to the home screen or the app drawer. This might seem like a small feature but it can actually improve your workflow as well as your device’s usability. The changelog also mentions showing apps in landscape which is always better for tablets.

The Galaxy Tab S7 FE was also recently made available in other territories like Canada and Australia after being unveiled globally last May. FE stands for Fan Edition as they sat the tablet focus on fan-favorite features as it is mid-range compared to the Galaxy Tab S7+ and is therefore more affordable. Getting these new features with the firmware update will be a bonus for those who are getting this tablet as well.

For Galaxy Tab S7 and Tab S7+ owners, the firmware version is T87xXXU2BUC6 while the Galaxy Tab S7 FE gets firmware number T73xXXU1AUH6. You’ll get the notification once the update has arrived for your device.