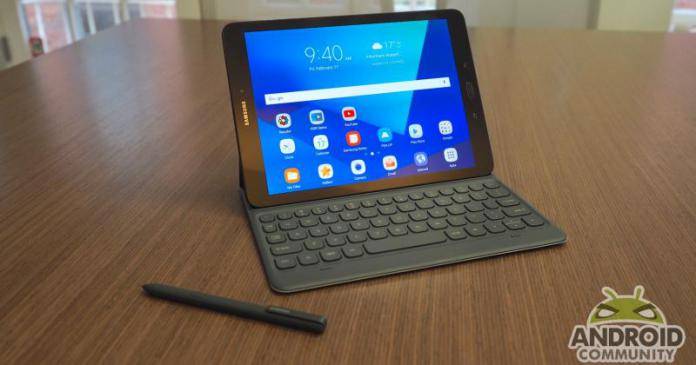 We previously talked about how Google seems to not be paying any more attention to Android tablets, to the point that they even “accidentally” erased the whole tablet section the other day. The lack of OEMs creating new tablets is a result of that inattention and so there is also very little interest from the public. However, it looks like Samsung is ready to release a new device as we are seeing leaks of the Galaxy Tab S4 going around. Just don’t expect it to have groundbreaking specs and features as it looks like it will still play catch up to both the platform and to its tablet competitors, specifically the iPad.

If the leaks are to be believed, we are now seeing the US variant of their upcoming Galaxy Tab S4 with the model number SM-T837P and it comes with LTE connection. We previously saw the SM-T835 but it was a Wi-Fi only model. There may also be a possibility that this will actually be the first launching Android 8.1 Oreo out of the box and not just the expected Android 8.0 which was seen in the Bluetooth certification and Geekbench appearance.

While we don’t have the official specs yet, based on past information that we’ve seen, the Galaxy Tab S4 will be powered by the Snapdragon 835 processor and will have a 10.5-inch display with a 16:10 aspect ration. It will sport a 4GB of RAM and 64GB of storage and camera-wise, it will have a 13MP main camera and an 8MP front-facing shooter. Specs-wise, it doesn’t seem all that impressive for a tablet and it doesn’t really inspire confidence in Samsung as a tablet maker. What’s new is that it will reportedly have a “Book Cover Keyboard” which is now already certified by the Radio Research Agency in South Korea.

Compared to the previous tablet that they released back in 2013, the Galaxy Tab 3, the Tab 4 already a big improvement. The older one only has a 1.5GB RAM and a 16GB storage space and just a 3MP camera. Even for the time it was released, the specs are actually pretty dreary. So any upgrade is of course welcome for those looking to get a new tablet.

As to when the Galaxy Tab 4 will be officially announced, it is expected to launch it at the IFA trade show in Berlin this September. But there’s also a possibility that it may even be announced earlier than that. However there’s no indication that Samsung will be hyping up the Galaxy Tab 4 anytime soon given the apparent lack of anything new that it will bring to the tablet market. We’ll soon find out if Samsung will pull something up its sleeves and surprise us all.