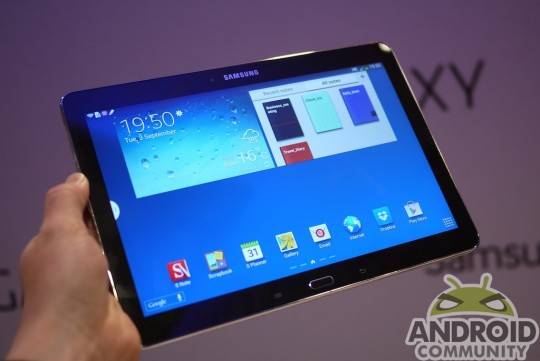 While most Android users are eagerly awaiting what new thing the Android 6.0 Marshmallow will bring to our smartphones and tablets, there are still some devices that have been left behind in KitKat land. Shocking we know, but well, newer devices are always the priority for OEMs and carriers, that’s the marketing truth. But we have good news for owners of at least two Samsung devices, the Galaxy Tab 4 and the Note 10.1 2014: you will finally be joining those of us who have been Lollipop-ized.

Samsung announced that Android 5.0 Lollipop is finally arriving for the two older tablets. It has been a very patient waiting period for the owners of the two devices who chose to stay with their old gadgets rather than get any of the bajillion new ones that the Korean OEM has been releasing the past year. Owners of the Galaxy Tab 4 can now upgrade to version T337TUVU1COH5 and they can do it OTA (over-the-air). Meanwhile, the firmware version P607TUVUBOI2 can now be downloaded for the Galaxy Note 10.1 2014.

However, if you noticed, what has been released is Version 5.0 and not the newer 5.1. There is no indication whether that update will ever arrive on the two tablets, especially now that we’re waiting for version 6.0 which should start arriving soon, but of course for the newer devices.

Marshmallow 6.0 is expected to be officially unveiled on September 29 at Google’s event. But given how long Lollipop came to the two tablets, if you own either of them, I wouldn’t hold your breath for this latest update to come to your devices anytime soon. But at least you’re now on Lollipop. That’s progress!