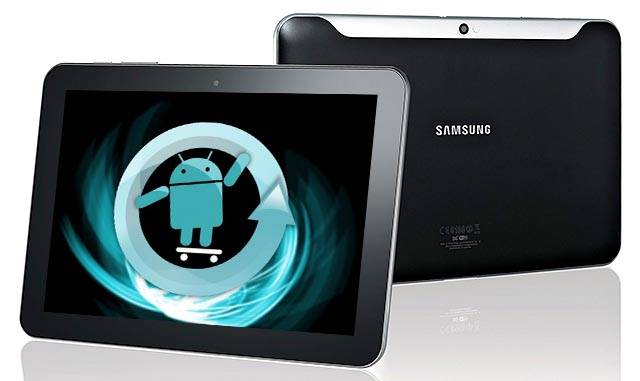 Development on CyangoenMod 9, the Ice Cream Sandwich version of the popular family of custom ROMs, is still in heavy development. While official releases from the CyanogenMod team are rare, the lead developer Steve Kondik posted a link to the first Alpha version of CM9 for Samsung’s Galaxy Tab 10.1. While technically still an alpha, everyhing seems to be working with the exception of the camera. You can download the ROM here, and rooted users can flash it via the recovery of their choice.

Since Ice Cream Sandwich is mostly a visual refresh (at least from the perspective of Honeycomb users) the CM9 alpha is primarily a return to standard AOSP code and features for Galaxy Tab 10.1 owners. Of course, modders were probably already running ICS, either from a basic ROM or a Kang built from CyanogenMod’s code, published nightly even though CM9 isn’t technically public yet. By all accounts the ROM in question is ready for a daily driver, with the obvious exception of the camera module, so flash without fear.

The CM team is famous for abhorring release dates” they operate on a philosophy of “it’s ready when it’s ready”. That said, we had expected CM9 to be available by now. The delay seems to have been caused in part by losing access to a farm of servers. The team posted a cry for financial help on their website, and within twenty-four hours had enough donations for a new set of in-house servers. The response was so quick we didn’t even have time to post it on Android Community. You can still donate, of course: head on over to CyanogenMod.com and scroll to the bottom of the page to toss them a few bucks.