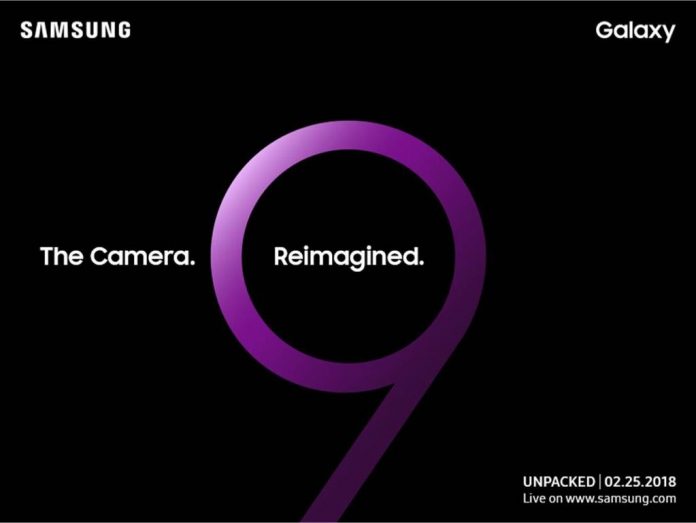 We’ve been speculating about what will be special about the upcoming Galaxy S9 and it looks like most guesses were right: it’s the camera. Samsung has released the official announcement, or rather, invite for the launch and aside from the fact that it’s happening on February 25, they also came out with the teaser “The Camera. Reimagined”. This probably means that the recent news regarding the Isocell technology was not a coincidence and that we will see it happen with the soon-to-be-released flagship device.

The short invite simply says that this next generation of Samsung smartphones will be reimagining the camera and “redefines the way you share your moments”. There is no actual mention of a Galaxy S9 but on the animated invite, the 9 figures prominently so it’s safe to say they will not be rebranding anytime soon. Other than that, there are no other details about what to expect, except for the date which is February 25, 6PM, at the beginning of the Mobile World Congress in Barcelona.

The Isocell technology which made its appearance on the Samsung website the other day may very well be the reimagining of the camera for the Galaxy S9. The tech’s 3-stack fast readout sensor is expected to give the device sporting it the ability to record HD video at 480 frames per second. It will also have a phase-detecting autofocus which should improve the photo and video taking ability of the smartphone that will use Isocell.

Early leaks about the new flagship say the Galaxy S9 will have a 12MP main camera while the S9 Plus will be sporting a dual camera, just like the Galaxy Note 8. We have a few more weeks to speculate until the official announcement on February 25.