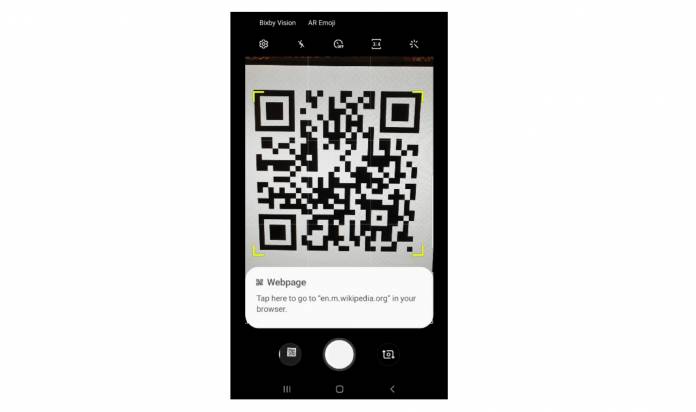 Earlier we reported that the June update for the Samsung Galaxy S9 update has brought nice new features from the Galaxy S10 camera like the dedicated Night Mode and background blur adjustment for the front camera. But apparently, there’s also a new feature that is only available for the previous flagship and not even the newest Samsung phones. You can now scan QR codes from within the camera app so you don’t need another app or even Bixby Vision to read those codes when needed.

While QR codes aren’t as prevalent as before, it can still be kind of annoying sometimes that you have to use another app to scan it and go wherever it’s leading you. Bixby Vision made it a bit convenient but now, having it built-in within the native camera is much easier. According to SAM Mobile, only the Galaxy S9 has this QR code scanner for now.

The update also brings a quick toggle for it in the notification shade, although all it does is open the camera app. It’s probably for people who do not explore the camera app so may not know that the QR scanner now exists. But if you like looking at new camera things after an update, you’ll easily see the new things like the Night Mode and now the scanner.

But in any case, the QR code scanner is already enabled by default after you’ve updated your phone. In case you have no need for it, you can disable it in your camera settings but since it won’t disturb your picture taking features anyway, just leave it on in case you will need it someday.

The Galaxy S9 is the first to get this, even ahead of the Galaxy S10 line. But it’s probably due to the fact that the June update hasn’t rolled out to the current flagships yet. Expect the Galaxy Note 9 to also have the QR code scanner soon.