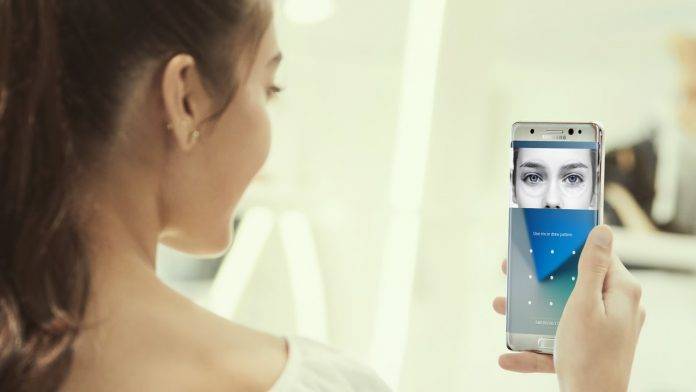 The iris scanner that is part of the Samsung Galaxy S8 and Galaxy S8+ devices is said to be one of the most secure ways of unlocking your device, as compared to the password and fingerprint from past devices. Sources are now saying that the Korean OEM is looking to use it for financial institutions’ mobile apps to make more secure financial transactions through your mobile phones. This can actually be another strategy to convince users to do mobile banking as it is more secure and convenient.

The ill-fated Galaxy Note 7 actually had an iris scanner as well, but Korean financial firms only used that to unlock screens and log into accounts but not to verify transactions. But this time around, some financial institutions like Shinhan, Hana, and Woori are looking into applying the technology for their mobile transaction services.

The iris scanner feature allows users to just stare at their device’s front screens in order to unlock their devices. This will make it “virtually impossible” for someone else other than the user to unlock the device, unlike the password which can be hacked and the fingerprint, which some enterprising criminals have found a workaround from. Industry watchers say it is currently the most secure of security options.

The Galaxy S8 and Galaxy S8+ is now available in South Korea and parts of North America. If using the iris scanner will prove to be popular in its local market, we might eventually see other markets adapting it for financial transactions as well.