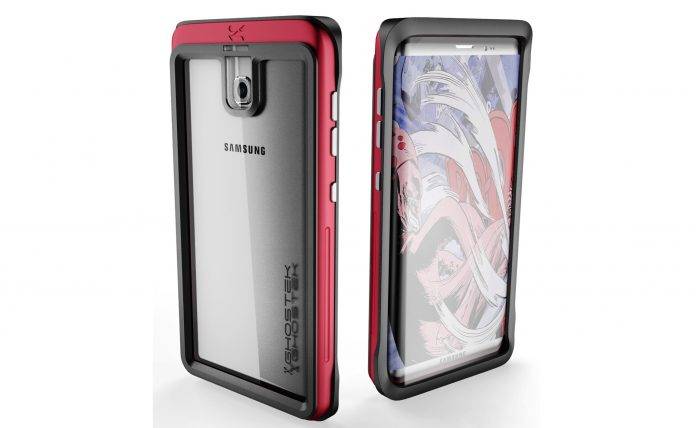 The Galaxy S8 has been the subject of rumor mill for the past few months. Until its official launch, we’re expecting to hear more and see numerous leaks like this most recent one–a gallery of photos of Galaxy S8 case renders by one 3D designer and a case-maker. We’ve already seen a few leaked image renders but this new set features possible protective cases for the upcoming premium flagship device.

A certain designer named Veniamin Geskin happened to make a series of renders based on information gathered from case and accessory manufacturers. Check out the image gallery below for the renderings.

Looking at the images, the form and build of the Galaxy S8 are actually consistent. What differs are the product finishes. There’s one that is so shiny in what appears to be gold while the other looks like a sleek, matte black finish. The edges are slightly curved for a no side bezel look. The Samsung logo is consistently on the bottom of the front screen while the top part is where the front-facing camera, flash, speaker grill, and earpiece are placed.

Notice that there isn’t no home button on most images. Rumor has it that Samsung is totally eradicating that one. There’s a possibility that it is now located at the back. Without the home button, the Samsung Galaxy phone doesn’t look bad. It actually looks clean. We can’t tell yet if there is really no headphone jack but the device looks really thin. But then again, these are only renders.

Interestingly, the images of the back panel don’t show any added LED flash or fingerprint sensor. There is still a camera bump though. We have no idea where Samsung has placed the fingerprint sensor or scanner but it could already be embedded on the screen.

Remember these are only renders. Nothing is certain yet so let’s wait for the official launch. Maybe sometime this April? We’ll see.