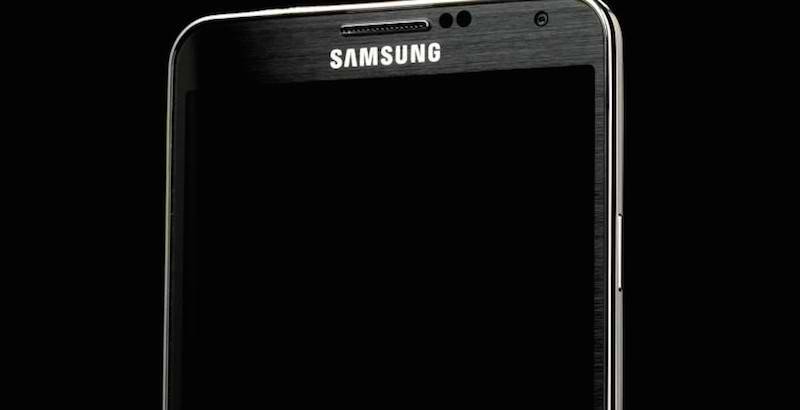 We are undoubtedly months away from anything resembling official comments on the Samsung Galaxy S6. The earliest we are expecting to possibly see the device in any official capacity is at MWC next year. Ahead of any official unveil all we can do is keep an eye out for leaks and rumors to get an idea what the S6 might be like.

The specifications of the device have reportedly leaked via AnTuTu. According to the leak, the model number of the S6 for Europe is SM-G925F and the hardware should be basically the same between versions. 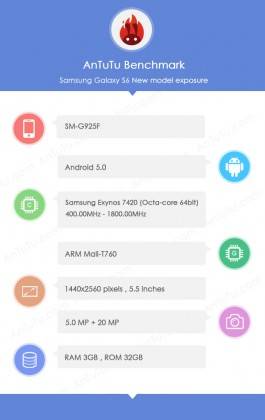 Internal storage is listed as 32GB and the processor is paired with 3GB of RAM. At least we have some idea of the hardware to be expected in the smartphone. We don’t know what it will look like; Samsung is expected to go in a completely new direction with future smartphones.