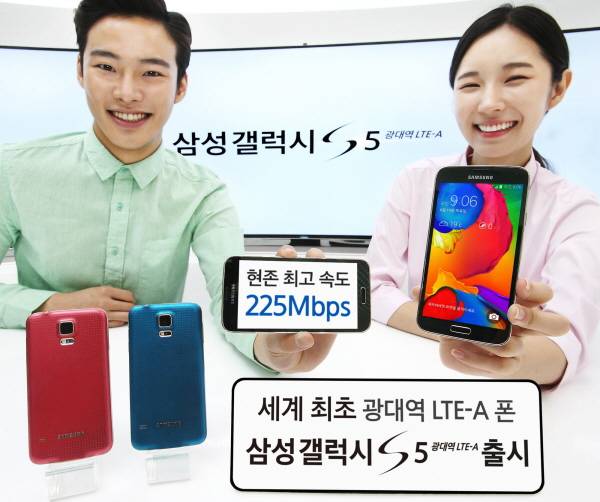 It may not be the Galaxy F “S5 Prime” that was being leaked, but at least in the things that were important it might as well be. Samsung officially announced the newest member of its ever-growing smartphone family, the Galaxy S5 LTE-A, the first of its kind in its category in terms of its connectivity and Super AMOLED display.

One of the things that’s important for most mobile users is the connectivity speed of their devices and this new model, with its LTE-Advanced connectivity says it can offer its users download speeds of up to 225 Mbps, depending on your provider of course. Another concern is most users have multiple apps open at the same time and sometimes switching from one app to another bogs down the phone. The new Galaxy S5 features a Snapdragon 805 processor, the first one to do so, that makes your phone run faster with no danger of hanging when you have many apps open.

In terms of memory, it has 3GB RAM and 32GB of internal storage with the option of adding microSD cards for up to 128GB. Its screen is no lightweight as well, with the WQHD (2560×1440) Super AMOLED which gives the 5.1 inch-screen a 577ppi pixel density. The Galaxy S5 LTE-A is also supposedly water and dust resistant and has even received an IP67 certification for that. It also retains certain features from the last S5 model, like a 16-megapixel rear camera, a 2-megapixel rear-facing camera and it will be running on Android 4.4 KitKat as well. 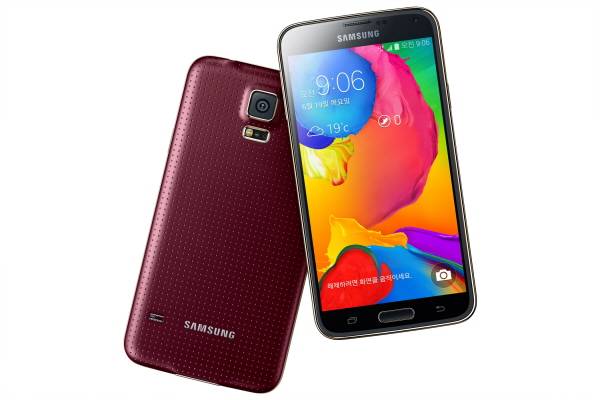 But hold on a minute before you start selling your old S5 and fall in line for this new one. It will only be available in the South Korean market at first during its official launch. And it doesn’t come cheap either, with the initial price of $919, considering the $600 price tag of the previous S5 model.