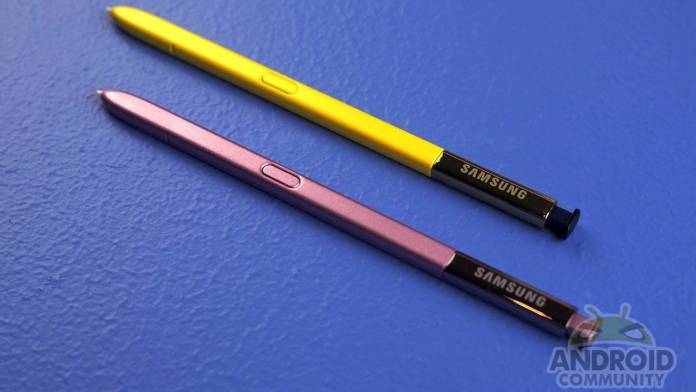 Samsung is reportedly set to announce their new Galaxy S21 devices by January, earlier than usual to make up for this year’s losses. One of the strongest rumors going around is that one of the devices, the Galaxy S21 Ultra, will have an S Pen. This will be the first Galaxy device that is not a Note phablet that will have Samsung’s stylus, if the rumors are true. But now there are other rumors that this S Pen will not have Bluetooth support and will basically be similar to the Galaxy Note 8’s stylus.

Twitter tipster @not_koh (not THE DJ Koh) said that since the upcoming smartphone’s S Pen will not have Bluetooth support, then this means it may also not have any camera functionality. Another Twitter user @chunvn8888 also chimed in and said that he was correct in assuming that the S21 Ultra S Pen will just basically be similar to the Galaxy Note 8’s SPen as it will not have Bluetooth, battery, charging solution, air action, etc.

While there are still some people who are probably still using the Galaxy Note 8 (this writer included) and the S Pen is still working well. But to have a new flagship device have an accessory similar to a device from 3 generations ago is not a very good look for the OEM. This is especially since we expect the upcoming Galaxy S21 series to be even more expensive than the already expensive Galaxy S20 series.

The reported addition of an S Pen to the Galaxy S21 Ultra may also lend credence to the other rumor that Samsung will be doing away with the Galaxy Note series in order to streamline its flagship line. If that will be true then it’s a shame as the phablets are one that is significantly different, and arguably more useful, than their other Galaxy flagship devices. They may be choosing to focus more on the foldable phones rather than the phablets.

We’ll probably find out more, although most will be leaks and rumors, over the next few months if indeed the new flagship line will be announced in January. Here’s hoping we get a better S Pen for the Galaxy S21 Ultra.