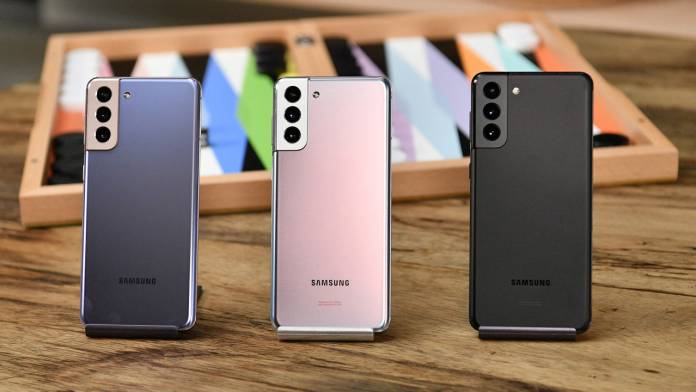 2020 wasn’t the best year for smartphone sales and the Samsung Galaxy S20 series had to bear the brunt along with other phones from various OEMs. This year the Korean’s launched the new Galaxy S21 flagship series with the hope of better results, and so it has managed. According to a report from US Weekly Smartphone Sales Tracker, Galaxy S21 series sales in the US have outperformed the sales of last year’s flagship series in the first six months of its launch.

Per the Counterpoint Research’s report, the Galaxy S21 series has outsold the Galaxy S20 phones by twice the margin within its first six weeks of launch. The report highlights two major factors for this spike in sales performance. 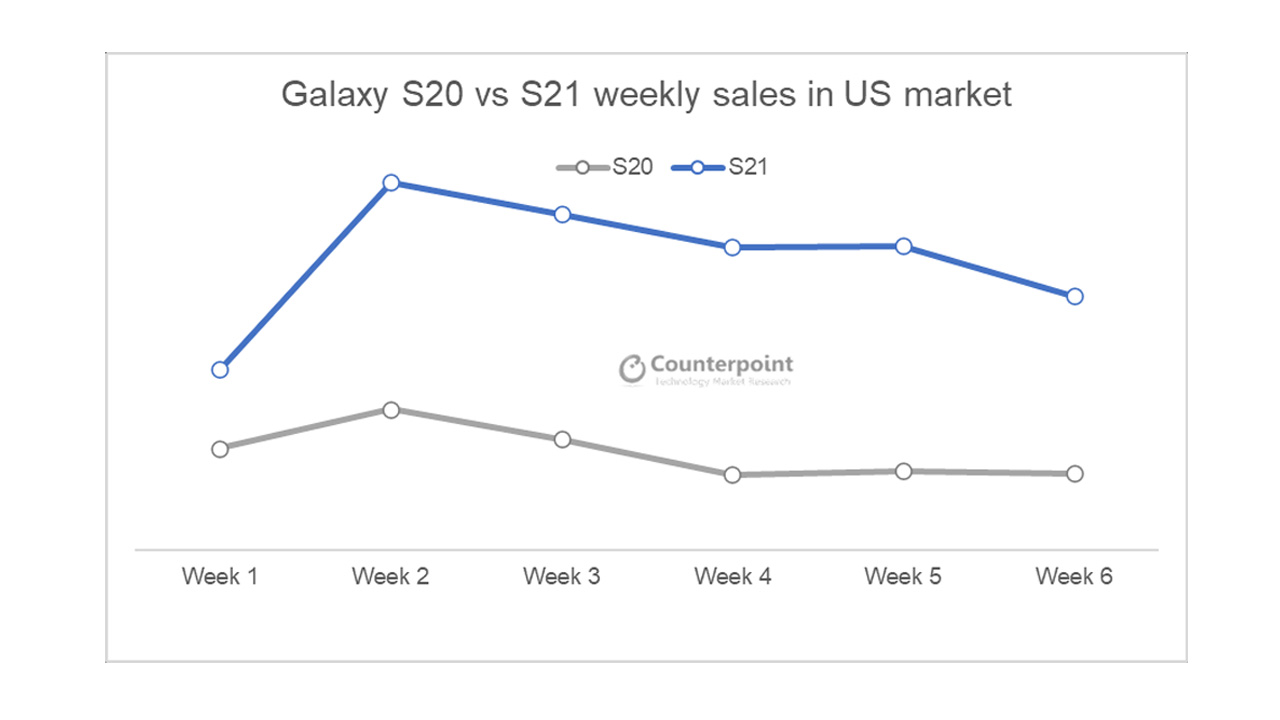 The key to the success of Galaxy S21 is its significantly lesser $799 price tag and support from US network carriers along with hampered sales results of the Galaxy S20 series due to COVID-19 last year, the report notes. The increased sales volume is also attributed to change in the model mix as almost one-third of the sales come from the base model in the S21 series. 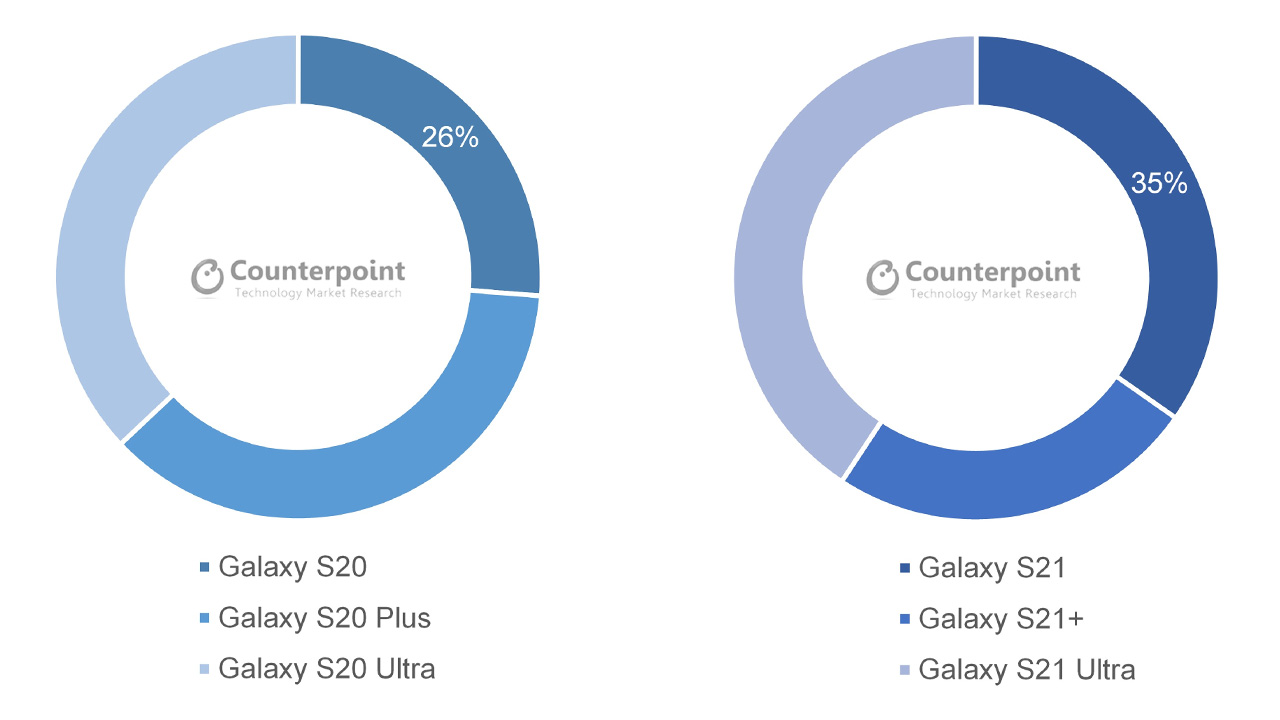 The trade in-offers along with lowered cost is also considered as a contributing factor to the growing sales numbers. Interestingly, out of Samsung’s overall sales in February this year, Galaxy S21 series has accounted for almost half of that number.

Initially, it was believed that the Galaxy S21’s plastic body and absence of charging adaptor in the box could be two consumer deterrents. The Counterpoint Research report claims that the plastic body has been accepted well by most users for it gives a better grip to the device. Even the counter-cut camera module has been a big crowd-puller as opposed to the protruding bump in the Galaxy S20.