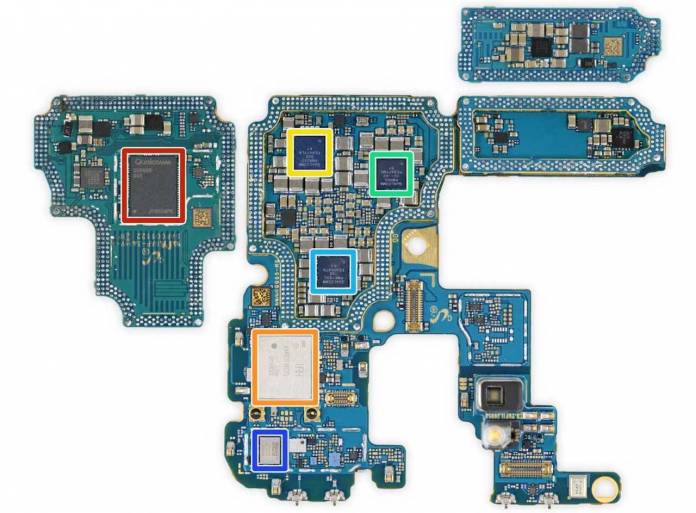 When our smartphone breaks down, the immediate impulse is of course to bring it to a repair center. But there are some people who love to tinker with the device on their own and so they always await teardowns on newly released smartphones to determine if it’s easy to repair. iFixit is one entity that we look to for these teardowns and they have now released their take on the Samsung Galaxy S20 Ultra. The result shows that while it is possible to repair it but it will not be easy given all the components and tools that you may need.

For a device that’s this expensive and complicated, you won’t expect it to be easy to tear apart and put back together. The iFixit video often starts with them using a heat gun to soften the adhesives and for the Galaxy S20 Ultra, they note that the glue is “tougher than usual” and you will have to use a big suction cup to pull the panel free. The good news is that the back can be removed without ripping out the cables.

Once they were able to remove the back panel, they saw that the large camera bump on the Galaxy S20 Ultra is because of the protruding cones. One of the selling points of this particular handset is its 108MP camera which makes it somewhat better (and more expensive) than the other Galaxy S20 devices, at least when it comes to mobile photography. Now whether the cones are good or bad in the long run remains to be seen.

Samsung used Philips screws exclusively, which is the one positive point that iFixit mentioned in the teardown. It was easy to remove the mainboard and see all the components like the Qualcomm 5G modem, Samsung flash storage, Murata Bluetooth and WiFi module, etc. The neutral point is that they used independently replaceable and modular components so it would be easy to fix some of those parts.

But there are downsides like difficulty in replacing the battery because of all the glue and you would have to disassemble the whole device to replace the display. Plus, you will have to unglue the back panel of course and it is made out of fragile glass. So they scored the Galaxy S20 Ultra 3 out of 10 in terms of repairability.