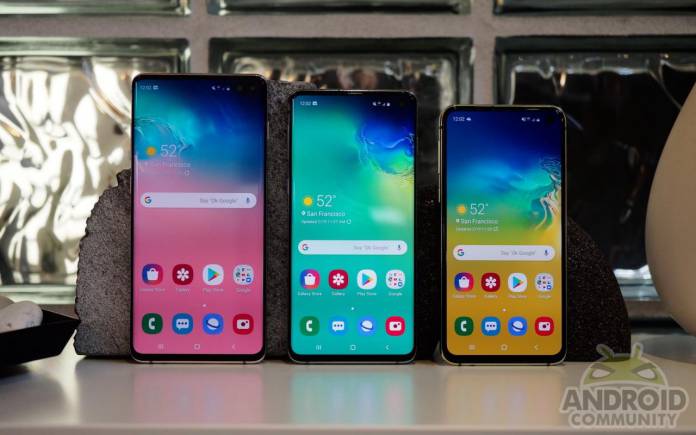 It’s almost inconceivable that Samsung’s Galaxy S line is now ten years old. For something as fickle and ever-changing as the mobile market, that’s quite an achievement indeed. Then again, this is Samsung we’re talking about. And for its grand tenth anniversary celebration, Samsung is going all out, without going all flexible, with no less than four Galaxy S10 models to choose from, each with its own appeal, specs, and, of course, price points.

This is probably going to be the most confusing selection of Galaxy S phones in the history of Galaxy S phones. With the exception of the Galaxy S10 5G, which you probably won’t get unless you are really into the 5G hype, you will have to make an upfront choice of what you really want from your smartphone. Fortunately, Samsung does provide a handy guide for consumers. 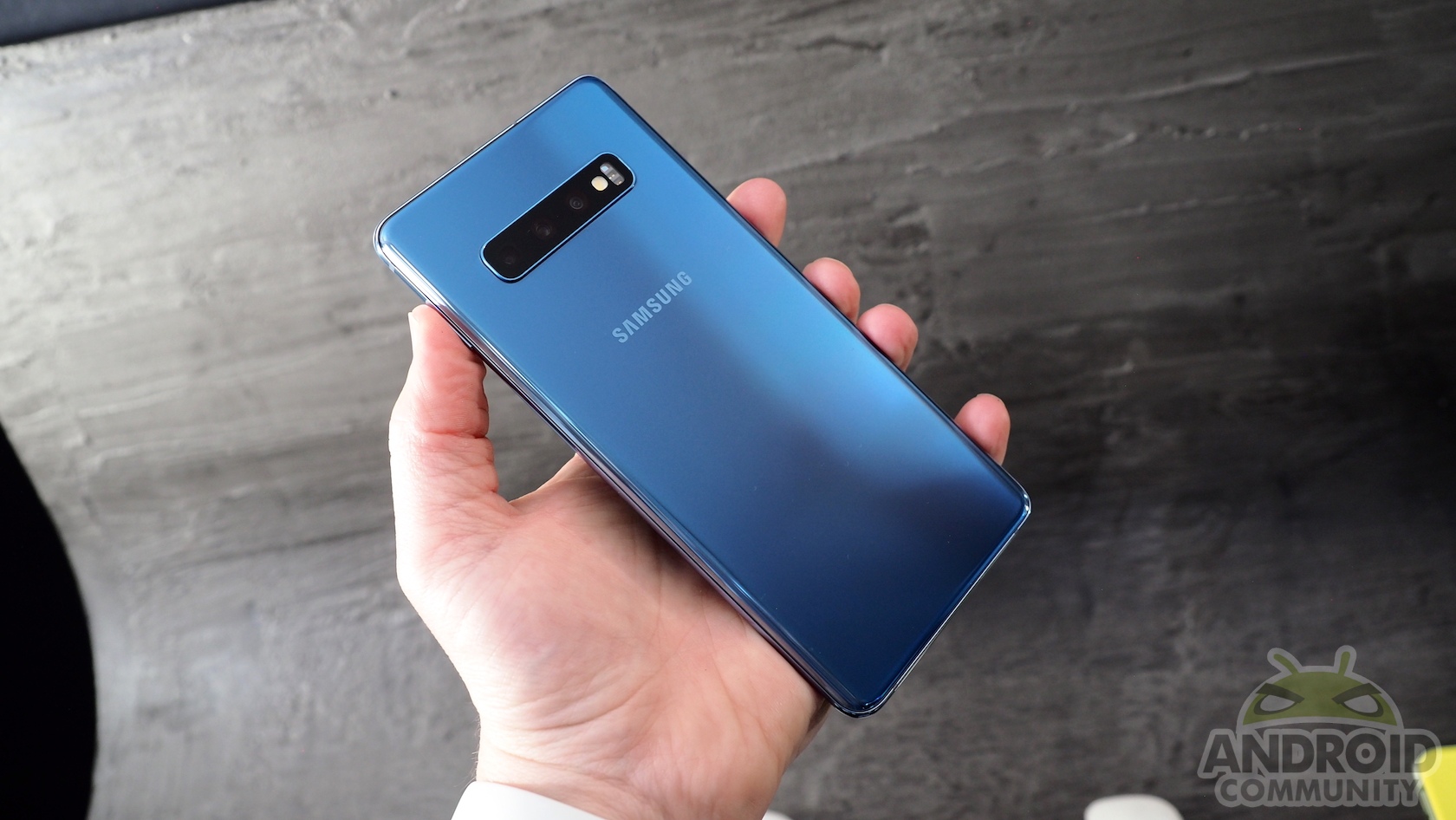 Do you want a smartphone with the best technologies that will set the stage for future generations? The Galaxy S10 is the one for you. Want something more that supercharges the specs and the user experience? The larger Galaxy S10+ might have more appeal. What if all you need are the premium essentials in a compact and more affordable form? Then the Galaxy S10e is going to give your wallet some relief. Despite those differences, all three share a common heritage that focuses on the best displays, cameras, and performance Samsung has to offer.

Of course, all three, yes including the Galaxy S10e, will be running on the latest Qualcomm Snapdragon 855 or its Samsung Exynos equivalent. All four models will start with 8 GB of LPDDR 4 RAM, except the Galaxy S10e which starts at 6 GB. Storage options range from 128 GB to 256 GB to 512 GB to, yes, that leaked 1 TB of storage, available only in the Ceramic models of the Galaxy S10+.

More than just the raw power of these smartphones, Samsung wants to present the Galaxy S10 series as being smarter at maximizing that power as needed. AI-powered Intelligent Performance learns from your usage over time to know which apps to preload at which times and which ones to kill. This ties in neatly with the new Bixby Routines feature that automate switching settings based on context.

The Galaxy S10’s display will probably be the most controversial aspect of these phones and, naturally, it is where Samsung throws in a lot of its marketing weight. All that talk about HDR10+ support and TUV Rheinland certification for eye comfort is great, but it will definitely be the Infinity-O “hole-in” cutout that will grab attention and perhaps some ridicule. Yes, there is a hole on the upper right corner of the screen, one for the Galaxy S10e and S10e and two for the Galaxy S10+ and Galaxy S10 5G. All for the sake maximizing screen real estate without any distractions, or so Samsung says. 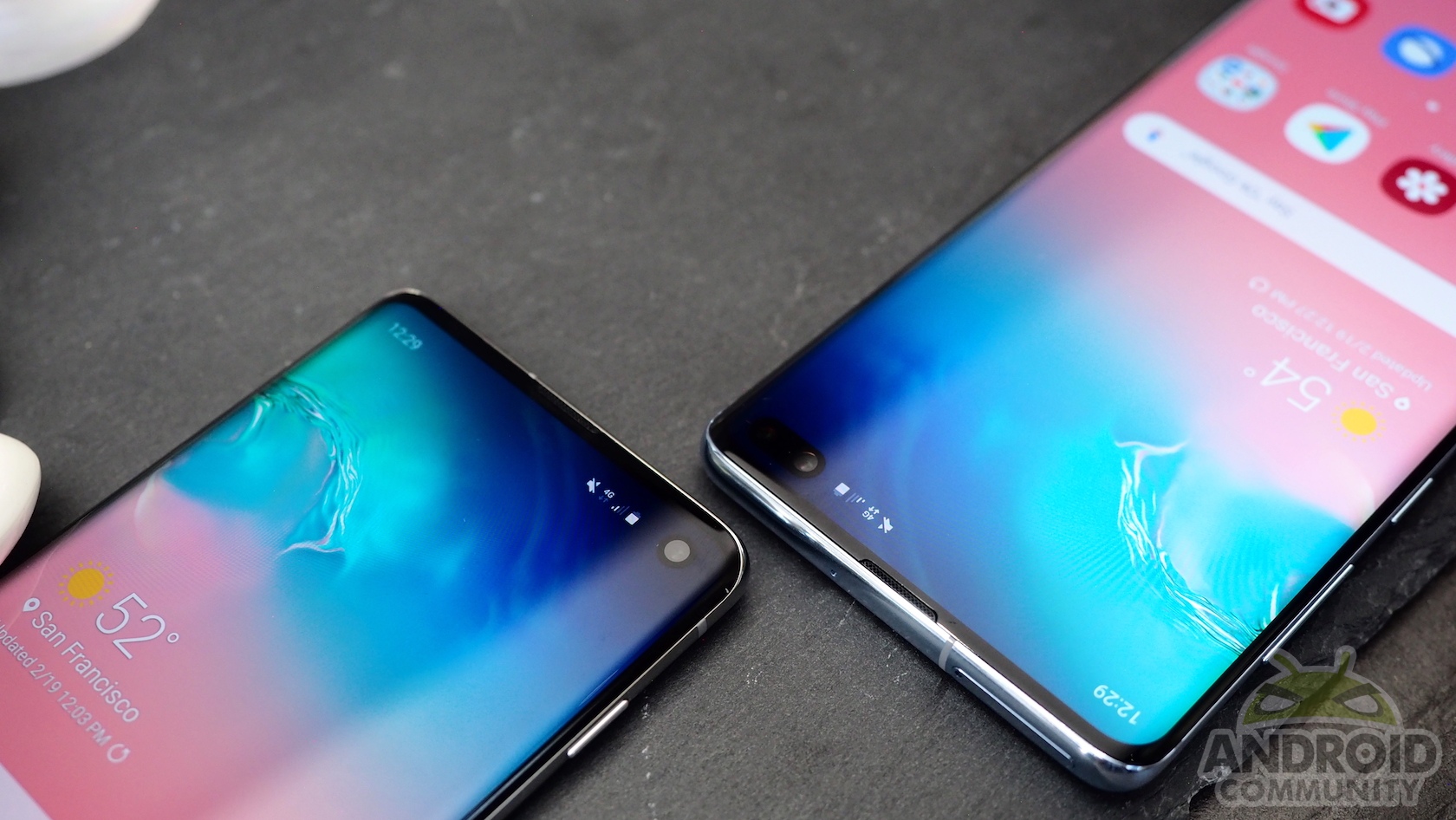 Samsung does its best to conceal that black hole. The default wallpaper has a gradient that goes darker in that corner and pulling down the notification panel almost makes it look like it’s part of the row of icons. Of course, if you use any other wallpaper or have full screen content, the illusion easily breaks. To squeeze as much as it can without enlarging the hole, Samsung has had to do away with the iris recognition technology it has been developing for years. There’s still face recognition, but it now uses a less accurate and less secure system.

Instead, Samsung wants you to use its fancy new Ultrasonic Fingerprint Scanner. At least if you’re getting the Galaxy S10 or S10+, as the Galaxy S10e still has a traditional optical Fingerprint sensor at the side. This new ultrasonic tech is the first of its kind to be FIDO-certified, which practically means banks could use it for authentication. Whether they will is another question entirely. 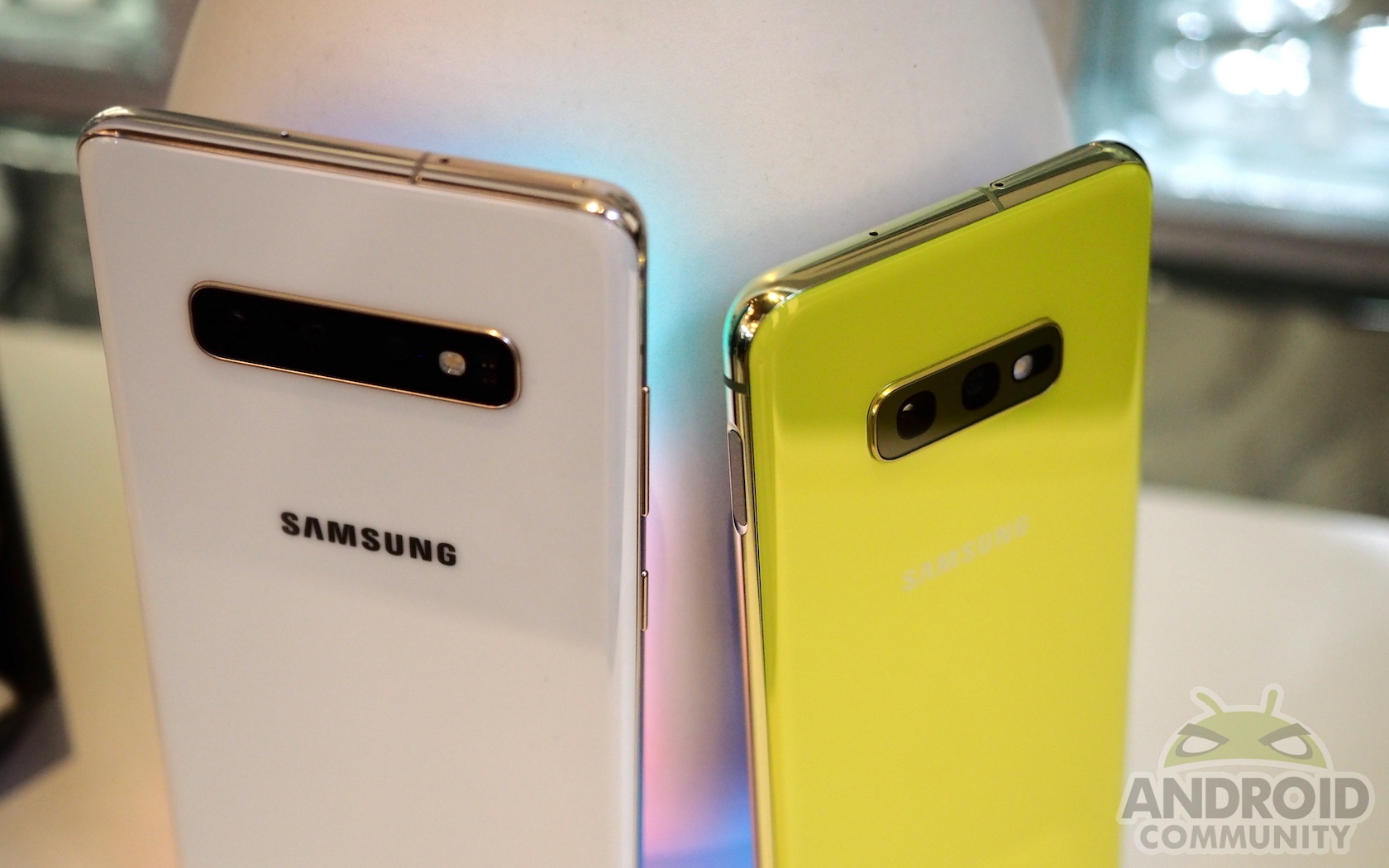 And then we get to the cameras, the part that everyone will want to talk about, in a more positive light, hopefully. All four models share at least two cameras in common, the only two that the Galaxy S10e has. That’s a 12 megapixel dual aperture camera with OIS and a wide 77-degree angle lens and a 16 megapixel ultra-wide camera with a 123-degree angle lens. To that, the Galaxy S10 and S10+ add a 12 megapixel PDAF telephoto with up to 2x optical zoom while the Galaxy S10 5G adds a fourth camera, a 3D time-of-flight (ToF) sensor.

More than just the hardware, Samsung is touting the software that helps deliver impressive shots, especially using AI powered by a dedicated neural processing unit. Super steady video stabilization utilizes the ultra wide lens to capture as much of the scene and then perform enhanced digital stabilization. There are also some convenient tricks, like how the camera app automatically switches between cameras as you zoom in and out.

Beyond the basics of display, camera, and performance, Samsung is throwing everything plus the kitchen sink and reverse wireless charging. Samsung calls it Wireless PowerShare and it can charge any compatible Qi device, at least up to 30%. But more than just topping up a friend’s phone, Wireless PowerShare can actually charge another phone while the Galaxy S10 itself is charging. 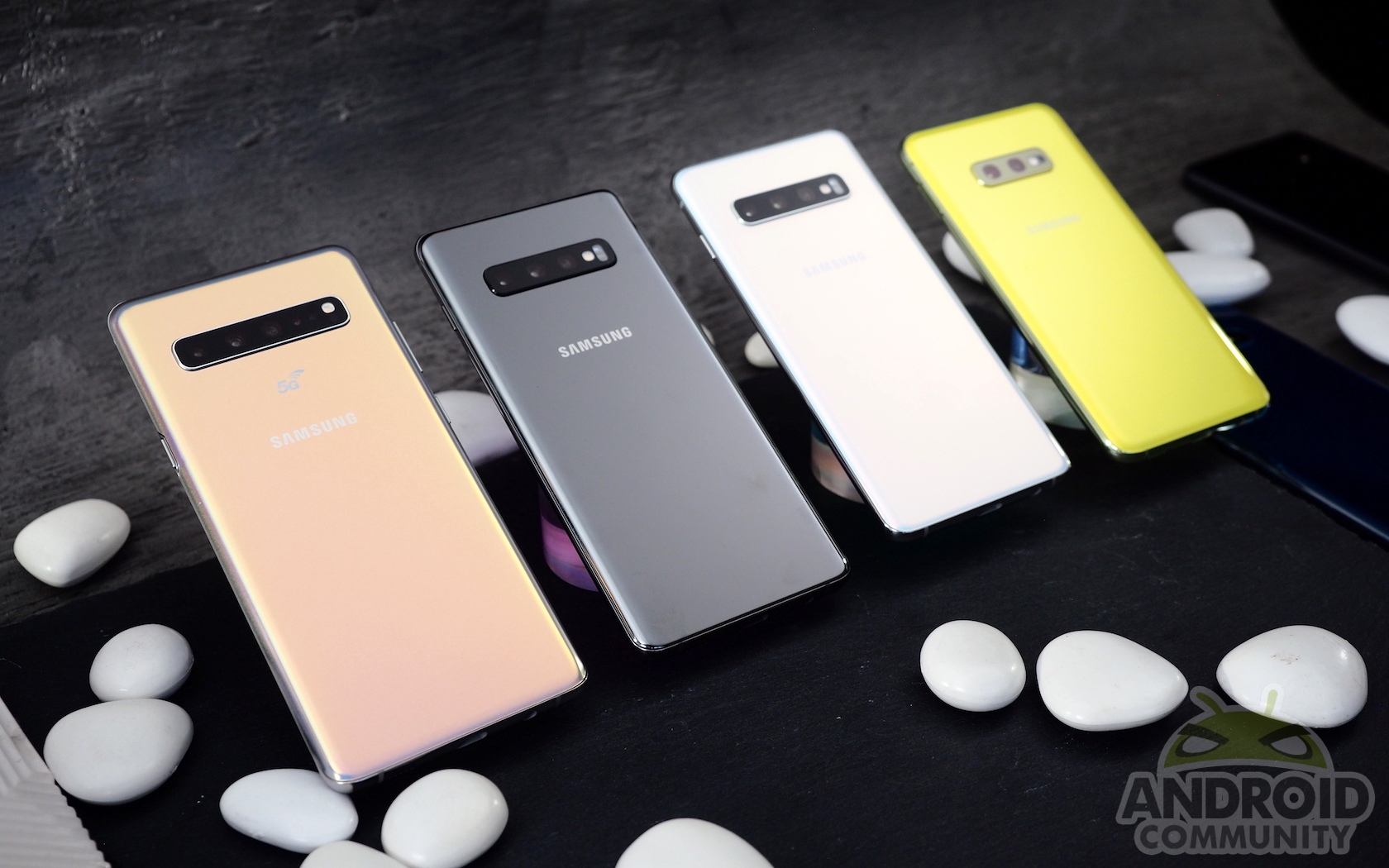 And then there’s the Galaxy S10 5G which has more than just 5G capability to offer. It is the largest of the four, with a 6.7-inch screen that puts it at the same size as the Galaxy Note 9. It’s also the only one with four cameras, though tee fourth is a 3D ToF sensor. That same sensor is present on the front. Samsung’s rationale is that the Galaxy S10 5G’s super fast mobile connection will make it the perfect fit for mobile augmented reality experiences.

As if the variety of configuration options weren’t enough, there are also a variety of colors available for all models. Prism White, Prism Black, Prism Blue, and Flamingo Pink will be the standard colors available in the US for all three. The Galaxy S10+ will also be available in Ceramic White and Ceramic Black, with matching storage option. Samsung notes that these ceramic models are entirely ceramic without glass on top. And those Prism Green and Canary Yellow colors? Sadly only for markets outside the US.

The Galaxy S10e will come with a starting price of $749.99 while the Galaxy S10 will start at $899.99. The Galaxy S10+, which has the most number of options, start at $999. Pre-orders start February 21 and the phones will formally go on sale on March 8. Pre-orders will get a free pair of the new Galaxy Buds, which normally cost $129.99. The Galaxy S10 5G will launch in the first half of the year, initially exclusive to Verizon before becoming available on other carriers. No pricing has been set down yet.