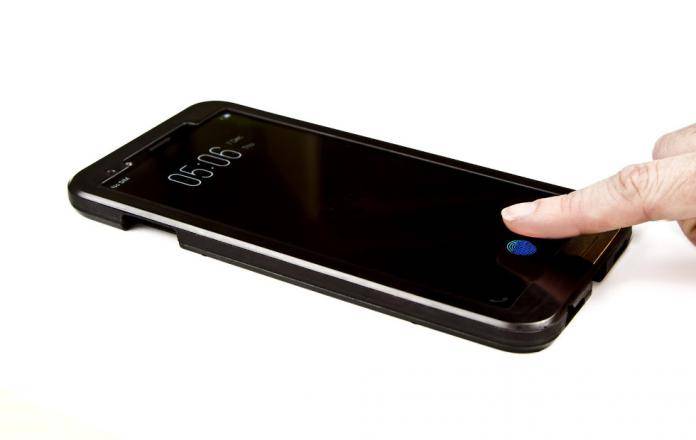 People are still divided over the usefulness of having an iris scanner on your mobile device. There are a few devices in the market that already sport this alternative biometric to unlock your phone and your apps, but not a lot to say that it’s the current trend. The tech hasn’t been perfected yet and it’s far from seamless, so it might come as no surprise that some OEMs are not including it in their new devices. There is news out of Korea that next year’s Samsung flagship will also not sport this scanner but will instead have either or both the 3D facial recognition or the Fingerprint on Display (FOD).

Rumors are swirling that the upcoming Galaxy S10, which reportedly has the codename of Beyond, will not have an iris scanner. This is unlike the current flagship and also the Galaxy Note 8 which has this specific biometrics. Parts for next year’s flagship prototype are currently being developed and ordered from various suppliers, but iris scanners are currently not included in those orders. The reason for this, aside from the fact that no one is really clamoring for it, is that they will be including other biometric features and an iris scanner will be redundant and useless.

Face recognition is probably the other most popular feature (aside from the standard fingerprint scanner) now when it comes to mobile biometrics, although only a few devices have it and mostly they’re of the higher end spectrum like the Galaxy S9. Currently, Mantis Vision of Israel and Samsung Electronics Institute of Technology are supposedly conducting algorithm development tasks already to create a Face ID function using a 3D sensing camera.

When it comes to the in-display fingerprint scanner, Samsung was previously rumored to bring it to the Galaxy S9 series but obviously this did not push through. Some other OEMs like Vivo and Xiaomi have jumped the gun when it comes to FOD so Samsung can’t afford to be left behind. Currently, US Qualcomm, Synaptics, and Taiwanese Institute of Technology are the ones that Samsung may be partnering with, but Qualcomm is the closest to have a commercial-ready sensor for them.

As for the other rumors about the Galaxy S10, there is reportedly confirmation that there will be a 5.8-inch device and the bigger one, which we assume will be the Galaxy S10+ will be 6.3-inches. Given the somewhat underwhelming response to the Galaxy S9, let’s see if 2019’s flagship will have something new to offer.