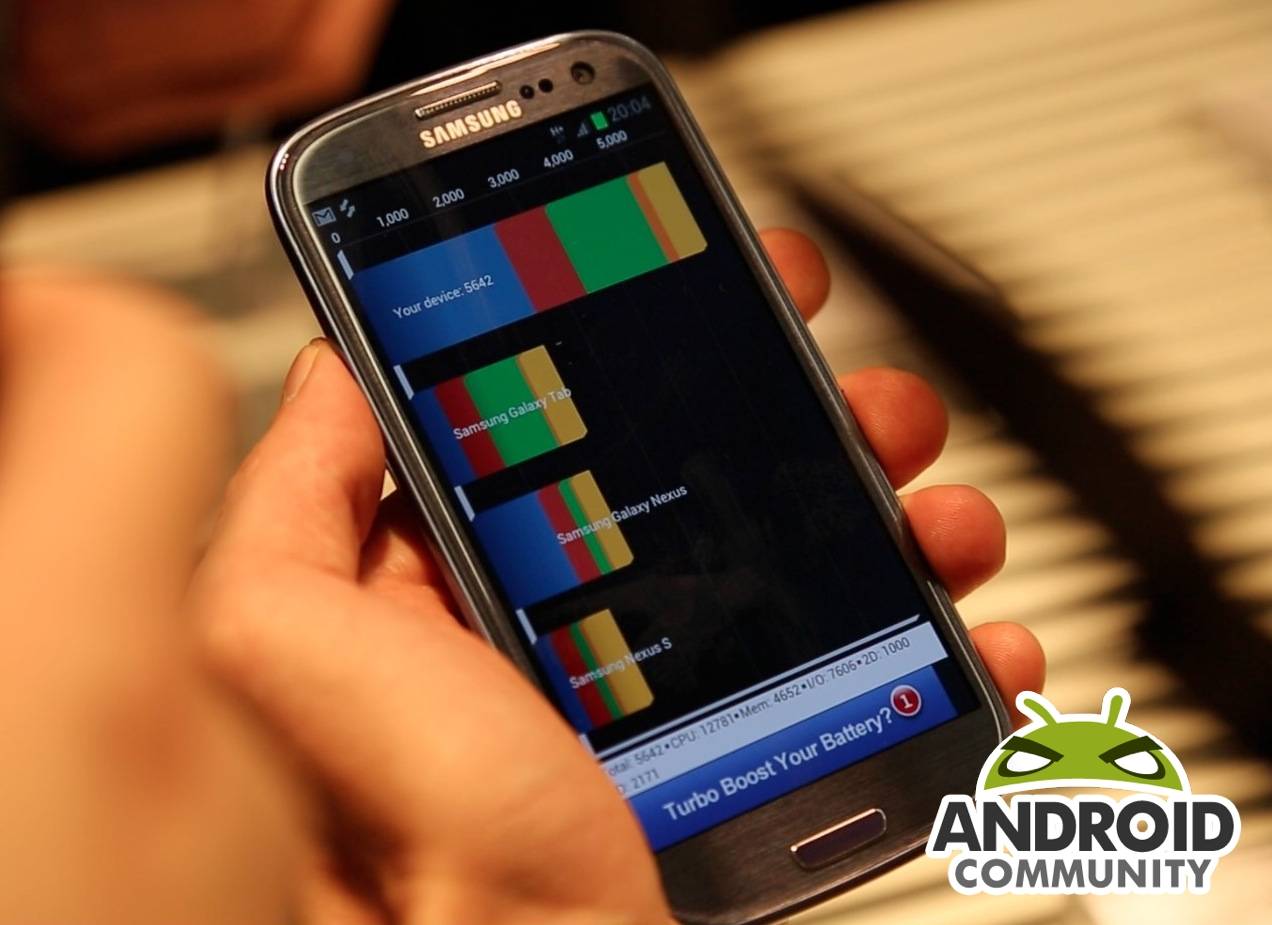 Oh yeah! We couldn’t forget benchmarks for the newest superphone flagship from Samsung could we? Now that Samsung has officially announced the Galaxy S III with its quad-core Exynos 1.4 GHz processor we decided to run a quick benchmark just for comparison sakes. Once we get our paws on it longer we’ll have some in depth results but for now check out the results below.

Running a quick Quadrant Advanced, since it’s the most popular app, we saw an impressive average score of 5642 thanks to that quad-core processor, and once topping 5700 – WOW! The most impressive number is that input/output as that is one of the more important results, coming in at 7606. Just as comparison the dual-core AT&T HTC One X scored around 4900 from these results and occasionally over 5000, while the Tegra 3 quad-core version managed around 4800 on average.

Obviously benchmarks aren’t everything, and the HTC One series, particularly the X is extremely impressive but it appears that Samsung has a real winner here. Once again taking the top spot for the benchmark crown. We can’t say for sure obviously until we get more time to run AnTuTu, and the many other popular benchmark suites for Android. When it all comes down to it though, it’s all about daily performance and both of these phones deliver. Check out the Galaxy S III from our hands-on coverage linked to below.