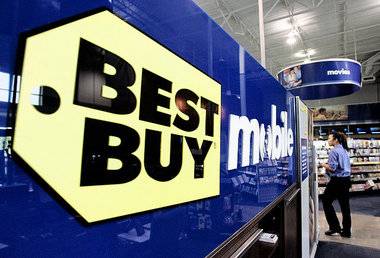 Best Buy is planning a weekend sale that will bring some discounts on select Android smartphones. There are a few handsets that will be available during this promotion and they look to be spread between two carriers — AT&T and Verizon Wireless. Before anyone gets excited thinking there will be deep discounts on handsets such as the GALAXY S 4 or HTC One, we will offer the warning up front as these are older model handsets.

The sale prices will be for a limited time running from May 26th through June 1st. This brings us back to the point about these being older model handsets. There is likely some concern in getting a year old phone and making a two-year commitment. Understandably, that means your device will be pushing three years old by the time you are ready to upgrade again. The key with that, not everyone needs the latest and greatest and sometimes a purchase decision comes down to your available funds.

With that in mind, a $50 Galaxy S III may not be all that bad of a deal when you consider it against the GALAXY S 4 which is selling for $199.99. This is especially true when you are outfitting multiple family members. Consider this, if you choose the Galaxy S III you could outfit a family of four for the price that you pay for one GALAXY S 4.

Otherwise, while we are fairly certain most of the Android Community readers will not be interested in the iPhone, there may be a chance that a family member is. That being the case, in addition to the mentioned Android handsets, Best Buy is also having a sale on several iPhone models. The iPhone discounts will apply to the 5, 4S and 4 and be available for those choosing Verizon or AT&T.