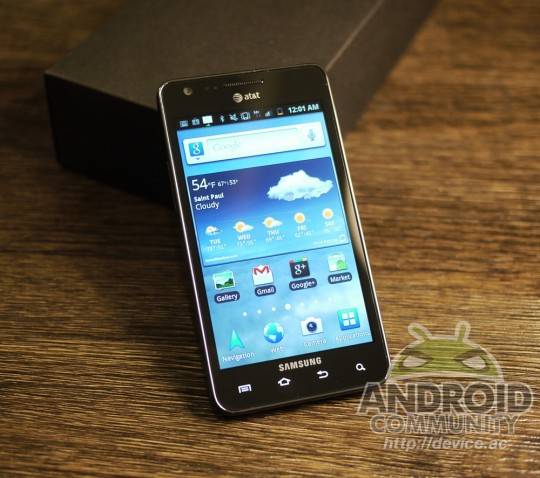 With Samsung’s brand new flagship Galaxy S III smartphone hitting later this month many carriers are trying to rid their old inventory. AT&T has now confirmed they’ll be holding a pretty amazing sale for their original Galaxy S II smartphone for Father’s Day only. The deal ends on the 17th and we have all the details below.

The Galaxy S II is the best selling Android phone of all times, so this is a deal worth jumping on that is for sure. AT&T released two versions of the SGSII but this is the original. The low price of only $9.99 will get you the 4.3-inch original Galaxy S II with Samsung’s own Exynos 1.2 GHz dual-core processor, 1GB of RAM, 16GB of internal storage, and their always impressive 8 megapixel camera. All other US Galaxy S II’s came with larger screens and Qualcomm processors, not Samsung.

It might not be the latest and greatest Samsung phone but this is still one of the most popular phones to date, has plenty of power to handle every task thrown its way, and would make any dad (or anyone) plenty happy. The only downfall here is no 4G LTE, and the lack of a 720p HD display as it has Samsung’s usual Super AMOLED 480 x 800 resolution screen (which looks amazing) still.

As usual you must sign up for a new 2-year contract and all that jazz but getting the Galaxy S II for only $9.99 is one heck of a deal. More details are available at AT&T.com by clicking here.