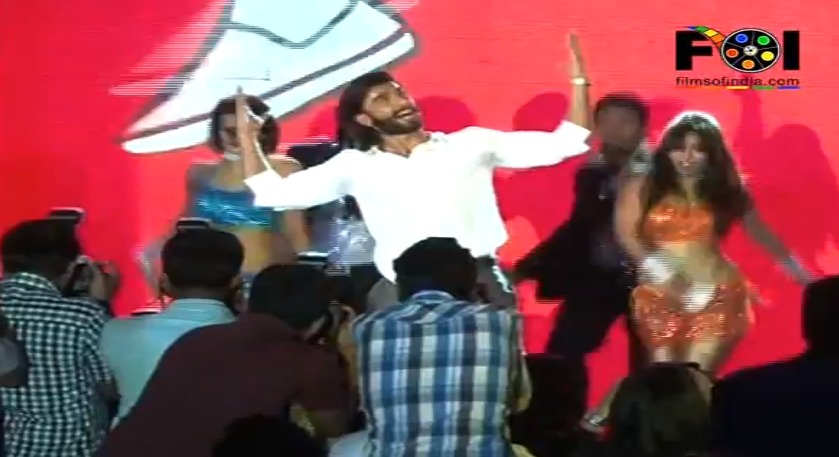 If you thought the launch event of the GALAXY S 4 in the U.S. at Radio City Music Hall was bad and cheesy, prepare to get blown away. This was so terribly awesome that we just had to share it. Samsung gets “S4 Samsung Style” in yet another awful Gangnam Style remake. Leave it to a Korean company to do it.

Basically, if you haven’t had enough of the phenomena and smashing hit PSY Gangnam Style, then you’ll want to watch the video below. If you’d rather save a few brain cells and spare yourself the embarrassment if anyone catches you, you might want to pass. As terrible as this was we just couldn’t look away. It was depressing and exciting at the same time.

Yes. Samsung has taken things to an entirely new low with this. According to IndiaToday Samsung got Bollywood actor Ranveer Singh to not only take the stage and talk about the new Galaxy S 4, but he also makes quite the impression with this terrible song. I had a hard time understanding at least half of it but we caught 5-inch screen, 13 megapixel camera, and other taglines in the song. Enjoy! Or don’t. Your choice.

We told you not to, but you did it anyways didn’t you? Amazingly awful. Right! I think Samsung is now at a new low, and whoever agreed to do this needs to be locked in a room with only this playing for 24 hours. That will teach them. The folks over at The Verge got it right. This was a train-wreck of a performance. So with that forgettable performance, enjoy our continued Galaxy S 4 coverage and review at the timeline of links below.