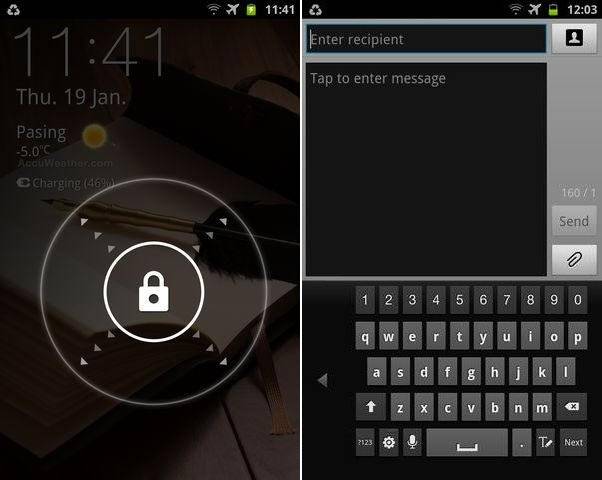 If you’ve been following the Samsung Galaxy Note you know this 5.3″ phone tablet hybrid is anything but ordinary. For that reason Samsung has been pushing update after update to the international version according to many comments on Twitter and over at XDA forums. Today it appears a huge update is rolling out bringing all sorts of improvements, changes, and tweaks for the larger than life device. If you have the extra screen real estate you might as well use it right? They’ve even added a one-handed typing option. More details are below.

While we still wait for the LTE equipped version to hit AT&T the international Note has been receiving more than it’s fair share of updates. Late last night another rollout was started and while it is still 2.3 Gingerbread Samsung has introduced tons of new features. Obviously the Note’s large 5.3″ screen gives it extra real-estate but why waste it. Samsung has added tons of tweaks to the Gingerbread keyboard to address just that.

Now instead of 4 rows of keys and the usual toggle and second page for numbers, Samsung has added a fifth row and given the number keys their own row — all the time. That isn’t the only tweak for the phone either. Samsung has introduced a one-handed mode for the keyboard since trying to stretch small fingers across that large screen is a hassle for some, especially those with smaller hands. The “one handed operation” mode will work for more than the on-screen keyboard and is also present with the dialer and can even be set to left or right depending on user preference (pictured above).

There are tons of other changes to brightness levels, keyboard options and even tweaks to the lockscreen. While nothing major like Ice Cream Sandwich or a quick unlock to camera Samsung has made the device easier to unlock. They’ve added arrows for the few that seem confused upon trying to unlock the device, and made the swipe easier to complete apparently. Other changes include brightness settings for browser-only mode, and a torch app for using the LED for a flashlight. More details and pictures available from the via below.