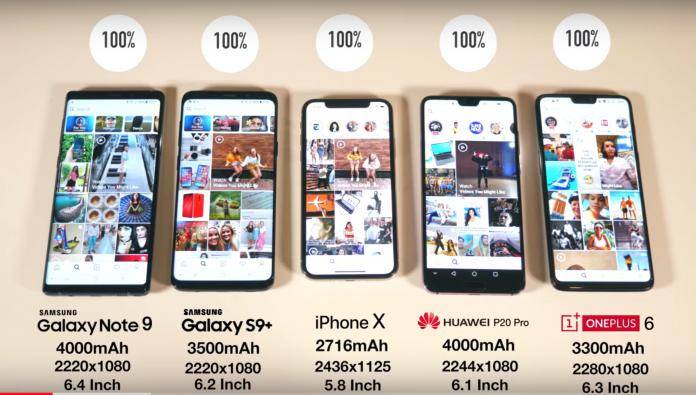 When Samsung finally unveiled the Galaxy Note 9, there were some who were disappointed that the new features and specs were not really as “flashy” as expected. But most people agree that one of the best things about it is the 4,000 mAh battery life, which is pretty big and also very important for those who are always mobile. But how will it fare against the other batteries of some of the latest flagship devices in the market? Youtuber Mrwhosetheboss conducted a battery drain test to see how it will perform.

Well, from our headline, it’s quite obvious that the Galaxy Note 9 did really well in this test against the other devices, namely the Galaxy S9+, the iPhone X, the Huawei P20 Pro, and the OnePlus 6. He placed all the phones side by side and made it “perform” in a series of game playing, video watching, and other exercises to see which battery will last the most and for how long it will actually last. It is worth noting of course that this is a sort of stress test for the battery and does not take into account the standby times and other factors that are part of regular usage. 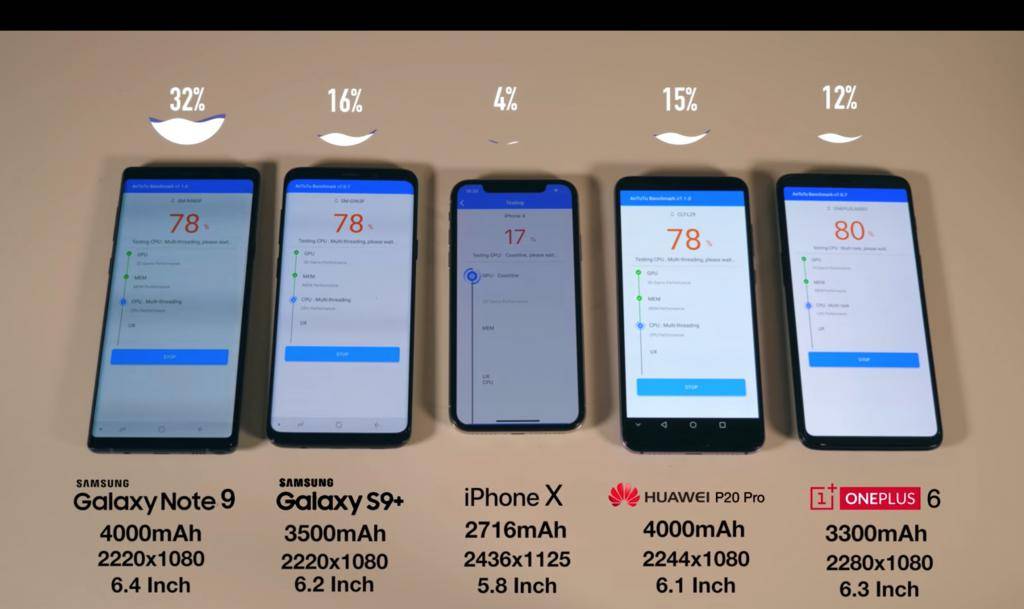 As expected, the Galaxy Note 9 beat all the other devices and by a pretty large margin. It lasted 5 hours and 21 minutes which is pretty far from the second placer, the Huawei P20 Pro which drained itself almost 30 minutes before the Note 9 ran out. The OnePlus 6 was 3rd while the Galaxy S9 and the iPhone X had just 3 minutes between them before they eventually ran out of juice. He noted that the phones used in the test have not gone beyond 50 battery cycles since batteries tend to have some wear and tear the more cycles you charge it. 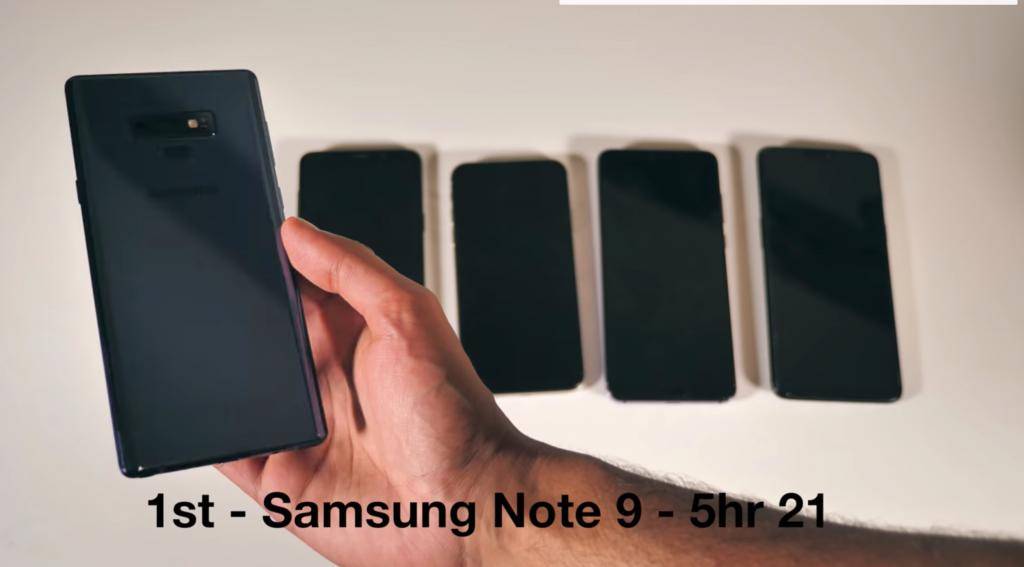 This drain test also supports other tests that have been done on the Galaxy Note 9, like the Phone Arena’s proprietary battery life test, which also compared it to other flagship phones including its predecessor. It ended up lasting an hour more than the Note 8 but the Pixel 2 XL still lasted a minute longer. When it comes to charging speed, the Note 9 was still surprisingly fast at one hour and 49 minutes to fully charge it, given its 4000 mAh battery.

The question remains would people buy the Galaxy Note 9 just for its amazing battery life? Well it does have other things going for it like more storage, faster processor, better (and colored) S Pen, etc, but would it be enough for Note users to upgrade or for new users to get into the whole Note line?