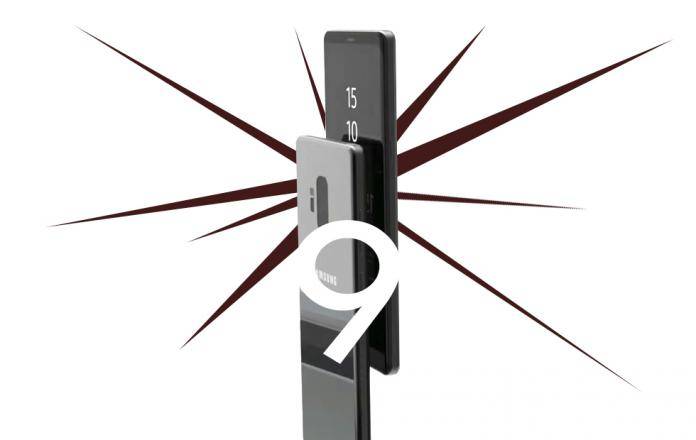 We’ve barely gotten the Samsung Galaxy S9 and Galaxy S9+ out the door and yet here we are already starting with the speculation for what we assume is the upcoming Galaxy Note 9. We’ve gotten a few tidbits from “anonymous insider sources” from South Korea and China but all of this is probably just random speculation for now. Let’s take everything with a grain of salt, but as most tech fans know, it’s fun to read about things like this and maybe even get excited for the next phablet from Samsung.

Since the Galaxy S9 wasn’t that different from the Galaxy S8, it’s either we expect that the Galaxy Note 9 will basically be the same with a few improvements or they will totally surprise us with something innovative again. Some expect a 6.3-inch Super AMOLED panel with 2960 x 1440 pixels but a source from Chinese social network site Weibo say we might get a 6.4-inch one. Battery-wise, which is important for larger devices like this, we might get a 3850 or 4000 mAh (hopefully the latter) according to @UniverseIce on Twitter.

We might also get a Snapdragon 845 or 855 or Exynos 9820, which will of course depend on the region. The fingerprint scanner is expected to either be in-screen or under screen, unless there’s a new tech for this that will come out in the next few months. The other specs are just approximations based on the current specs of flagships: 6GB RAM, 64GB and 256 GB options for internal storage, IP68 certification, 12MP dual sensor main camera and an 8MP front shooter.

The Galaxy Note 9 is expected to be announced later this year so over the next few months, we’ll probably hear more leaks and rumors and as always, we’ll bring you the latest.