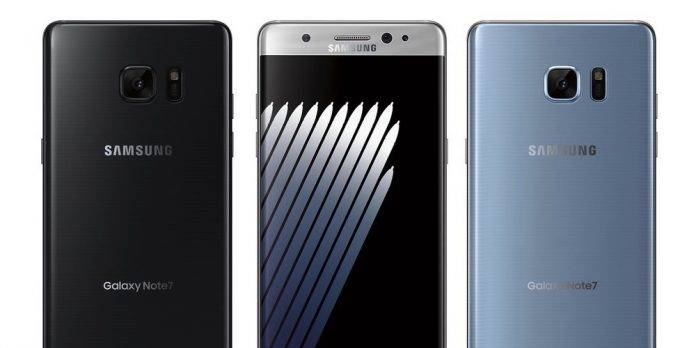 The “voluntary recall” for Samsung’s embattled phablet, the Galaxy Note 7, is now in full effect in the United States and the Korean manufacturer has provided a number of options for people who bought the Note 7 before the September 15 recall announcement. The recall was brought about by numerous incidents all over the world of Note 7 units that exploded or caught fire.

Samsung said in its official announcement for US customers that they can return affected Note 7 units with three options – first, for a new Note 7 device that should arrive no later than September 21, 2016, or secondly, for a Samsung Galaxy S7 or S7 edge, and they will get the price gap refunded to them, or thirdly, just get a full refund of your money.

Samsung reminds users that the battery cell issue only affects Note 7 devices sold in the US before September 15, so any unit bought after that date should be ok, in theory. Of course, you can still check your phone’s serial or IMEI number to be sure.

Samsung says that it is committed to replacing the recalled units, so that will be their focus first. Ostensibly, newer units of the Note 7 should be available at resellers after September 21, 2016.