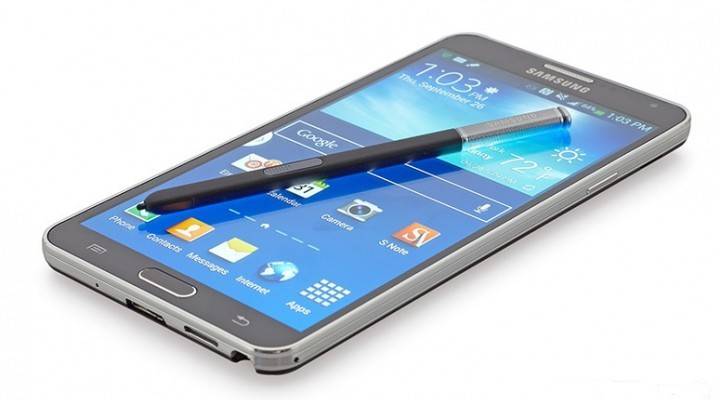 The Samsung Galaxy Note 4 already launched in its home market in Korea, so they are able to play around with the unit earlier than us. There are evidences that the new model will start hitting American shores by mid-October, so until then, we will have to be satisfied with benchmarks from Korea. This particular one is a battery test done with a Korean Galaxy Note 4 running an Exynos chipset.

Specifically this would be the Exynos 5433 octa-core chip, with a big.LITTLE architecture set of four 1.8Ghz Cortex A15 processors and four 1.4Ghz Cortex A7 processors. The battery tests had three iterations – first was a WiFi test with the phone’s stock browser being refreshed every 5 seconds. The second was a video playback test done by looping a 1080p .mkv on the Note 4’s default player. The last test was a graphics rendering test looping GLBenchmark 2.5’s Egypt HD C24Z16 test.

With all these tests, we could say that those planning to buy the Samsung Galaxy Note 4 with its monster 3,220mAh battery should be relatively pleased. The Note 4 lasted almost 12 hours on the video test at 100% brightness, a bit more when brightness was lowered to standard viewing settings. This places the new model in the top 5 devices with longest battery life in this test. The Note 4 also lasted 7 hours on the WiFi test at max brightness, and a full 1.5 hours longer on standard brightness – again placing the device in the top tier of devices that last longer on this test. On the graphics render loop, the Note 4 lasted 3 and a half hours – this drops the Note 4 to the middle of the pack or better, still a relatively good place for it to be.

We have to remember that the Note 4 has a gigantic screen, and with that it still performed really well. The Note 4 also has a higher max brightness level than the Note 3. The only other question would be if the quad-core Snapdragon 805 would perform just as great as the Exynos chipset seems to have done.